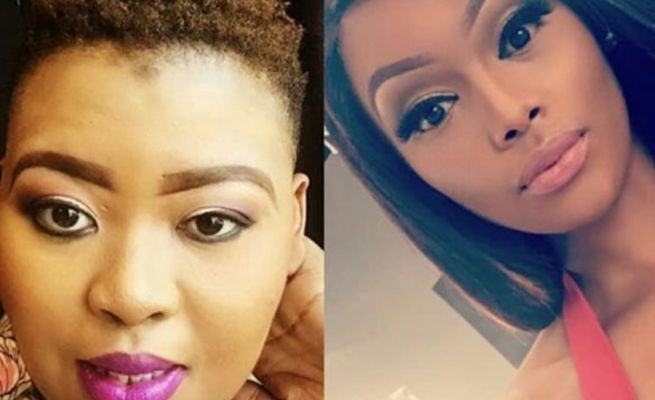 And while the highs have been great, the lows have been incredibly low.

On the entertainment scene we’ve witnessed plenty of nasty spats and feuds between Mzansi’s famous faces. But while their childish antics are slightly entertaining, we definitely think they need to bury the hatchet

Here are a few celebrities who found themselves making headlines for all the wrong reasons :

1. Dr ‘Bae’ Dlozi and Pearl Thusi
Pearl and Dr Bae went in on each other in a heated twitter war over EFF vandalizing H&M stores.

2. Zodwa WaBantu vs Celeste Ntuli
It all started when Celeste blasted Zodwa for not wearing panties, Zodwa fired back calling Celeste a ‘dirty pig’.

3. Hlomla Dandala and Thembisa Mdoda
Thembisa blocked Hlomla and he threw some shade speculating why he was blocked. There’s definitely a silent beef between the two.

4. Bonang and Anele
Anele reportedly doesn’t want Bonang on her show and other reports say it’s Bonang who doesn’t want to go on Anele’s show. Either way, we smell bad blood.

5. Emtee and Flame
These two rappers look like they have a lot in common than they’d like to admit. They were once in a heated twitter war with Emtee not recognizing Flame.