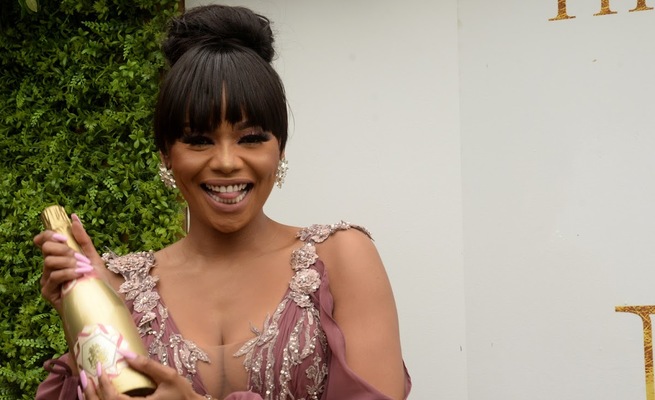 Black Twitter Reacts To This Hilarious Video Of Drunk Bonang! Bonang Matheba launched her own MCC Brut called House of BNG last week and it has been greatly received selling out stock on launch day.

At the launch, Bonang went LIVE with the help of her BForce squad. After a few glasses, Bonang got high off of her own supply darlings, which is the best way to get high right? It seems Bonang’s shampompo will get you litty and a little tipsy after a few glasses and we don’t see anyone complaining.

A video of drunk Bonang at her launch being held back by her good friend Nadia Nakai surfaced on twitter and the reactions are even more hilarious.