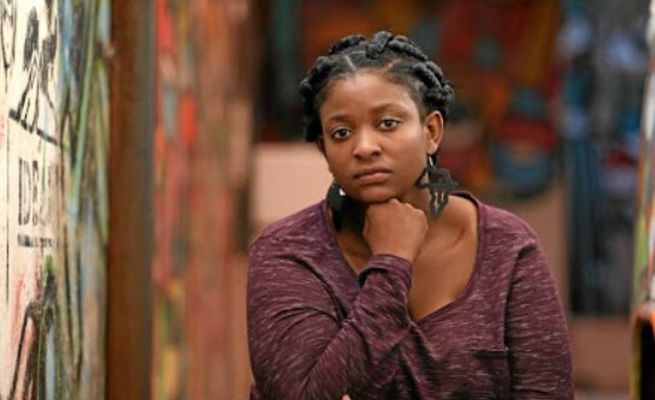 A waitress from popular Soweto hang-out spot, Moja Café, has exposed how she was forced to strip naked while she was searched by one of her female managers on suspicion that she had stolen from the establishment.

In refuting the theft allegation, the waitress accused patrons of bilking.

In a voice note which has been doing the rounds on social media, the menstruating woman said she was forced to even remove the sanitary towel from her underwear during the search.

She said the incident occurred after some of her customers walked out of the establishment without paying their bill. The customers had reportedly been waiting for their bill for quite some time when they decided to leave.

"I believe those guys were not going to walk out if my manager had not taken (a long) time to print a bill for me," the woman said.

"I was harassed [by my manager] because they thought I had the money with me," she said on the voice note.

"I was taken to a storeroom and I had to remove all my clothes and they didn't find anything. Worst part, I was on my period and that girl also requested that my pad must be out. She is a colleague of mine, someone that I work with. How will I work with her tomorrow after that?"

"I had to remove my pad and put it on top of the table. I felt like I was a criminal. How long have I been working for these people? How much money have I made [for them] there and for them to make me strip over [around R3,000]. I have never felt such pain in my life," she said.

The woman claimed that the owner of the eatery was aware of the incident but there had been no sincere apology offered.

She said she was failing to grasp how they did not understand how this had traumatised her.

"How am I going to work with this girl after she saw everything? My body, my scars that I have, how I look physically?"

She said following the incident, she was required to continue with her work as normal.

In the voice note, which was seemingly sent to a friend, the woman is heard saying she is seeking advice on the matter. At that stage, she was unsure whether to open a case with the police.

"We acknowledge this matter [and] the sensitivities thereof [and] are investigating it thoroughly.

"What we can confirm for now is that a female staff member was searched by a female supervisor on suspicion of theft, in a private room with no cameras, it was just the two females in the room," the establishment said in a tweet.

It maintained that it treated its staff with dignity and respect.