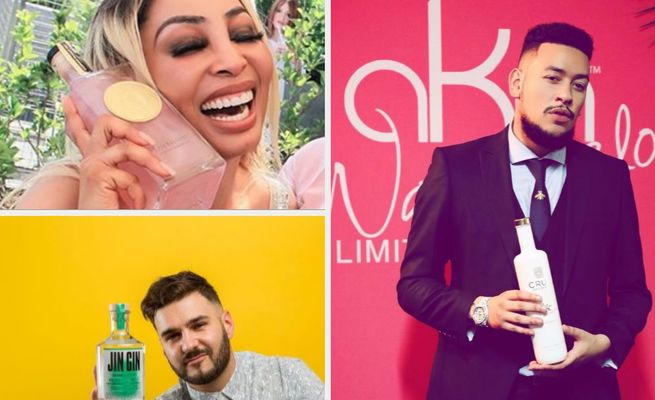 More and more South African celebrities are venturing into the alcohol industry and judging from the past few months, they are ready to make some serious moves.

From this summer’s Mango vs Watermelon (AKA are batle magapu!) to some ‘elegent’ entries into the world of luxury alcohols; Mzansi’s most famous stars are not playing any games.

Here are a few local celebrities who have released their own brands of alcohol in the last few months:

Yup, Bonang’s House of BNG wasn’t just a delightful entry into the world of sparkling alcoholic beverages; it was a historic move for a history maker.

Fancy some Jin with your tonic? No, that’s not a typo; it’s the name of J’Something’s range of bespoke gins which were released in March 2019.

If it’s anything as tasty as his cooking, then fans are in for a real treat.

I launched my own gin and it’s called #JinGin … it’s available at all premium bottle stores and all 3 flavors are delicious! Let me know when you grab a bottle by tagging me in your pictures 😬 pic.twitter.com/gN0QeppdNY

Another member to join the gin gang is Khanyi Mbau who launched her own collection at the end of last year.

I am Khanyi “looks soft on the outside but trust me, she is a baddie” according to the actress – remind you of anyone?

Khanyi Mbau set to launch her own brand of gin – All 4 Women https://t.co/85aK5Esovt pic.twitter.com/AMYStl0pnF

Tbo Touch has always been keen on diversifying his business interests but even his most loyal fans were impressed by his decision to venture into the world of wine making.

“Touch Reserve wine is very special to me. It’s the physical manifestation of fine wine and the relentless spirit of the pursuit of impeccability.” – @iamtbotouch #TouchReserve #TouchReserveLaunch pic.twitter.com/YtV2HOa6jS

As if you pictured the classy Thapelo Mokoena dabbling in anything but wine… the actor launched his very own red wine named Nero last year.

A true business partnership rooted in telling an African story has culminated in the launch of Nero. Thapelo Mokoena shares a bit about his new red wine: https://t.co/sctJTR823T #WineWednesday pic.twitter.com/fF6gWGFLP8

We thought AKA and Cruz were going to be just another celebrity partnership, but we were wrong.

Cruz gave AKA ownership of his very own flavour of their premium vodka and Cruz Watermelon has gained something of a cult following since it was first released.

AKA is the first African Rapper to have his own alcoholic drink flavour, Cruz Vodka's Watermelon Flavour. pic.twitter.com/DrRhQNYkcE

Jack Parow’s many business interests saw him venture into the world of brandy manufacturing.

He released Parow Brandy – a real brandy for real people – in 2018 but he probably should have hired a better social media marketer for its initial promotion.

A tasteful name for a tasteful beverage?