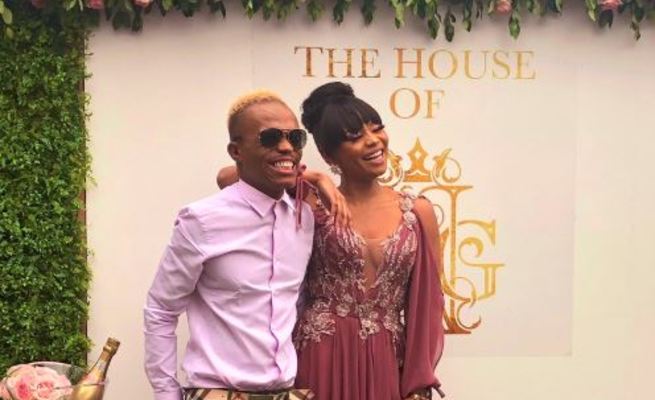 Somizi has come out to slam people who discredited Bonang Matheba's success based on a typo on some of the bottles of her newly launched MCC range, House of BNG.

Somizi defended his friend's product and reputation on Metro FM, saying that the misspelling of the word 'elegant' on some of her bottles wasn't worth the hoo-hah it caused over the weekend.

"Maybe one day I'll be a hater and I'm gonna have as much time as the person who found it, circled and found a fault on Bonang's bottles. The person who noticed that 'elegant' was spelt wrong on some of her bottles and now made a big hoo-hah about it."


Somizi and Bonang, who recently made up after a bitter fallout, stepped out together for the first time in a four years at the launch party of Bonang's new bubbly.

Somizi said that while he understood that jokes were inevitable, he wasn't impressed by people who shot down the quality of the MCC just because of the typo.

"All of our lives, things have been misspelt, so I don't think it should have been a hoo-hah. It should have just been a laughable joke, to say 'hey, her book was like that now this, hahaha' and keep it moving. Let's not make it as if it affects the taste or the quality or anything else," Somizi said.

Listen to the rest of Somizi's segment below.