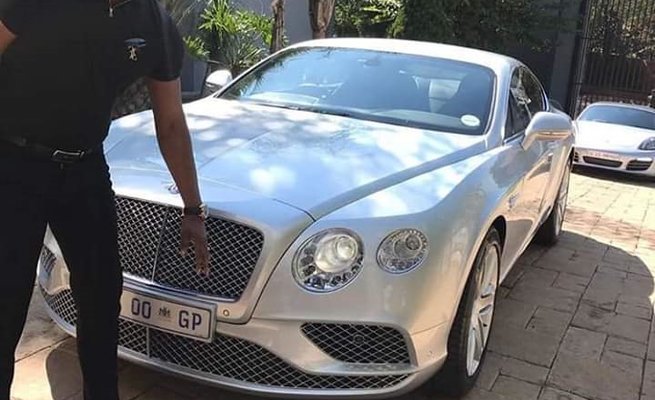 A video of a pastor waking up a man from the dead has surfaced on social media. The video of Pastor Alph Lukau, who heads the Alleluia Ministries International in Johannesburg, has set social media abuzz. In the video, the pastor can be seen touching the body of the dead man who is in the coffin wearing a white suit.

THE Leader of Allelua International Ministries, who recently claimed to have brought a dead man back to life, is one of the richest church leaders in Mzansi.

After a video of him raising a man from the dead went viral, Social Media users started sharing pictures of his expensive cars and other properties.

If the pictures are anything to go by, then the self-proclaimed prophet is really 'blessed'.

In one of the videos, Lukau's car is seen escorted by cops on his way to church.

He arrives at the church like a king and could be seen being saluted by the guy who opened a car door for him.

Here is our Pastor Alph Lukau, The Man of God who raised a man from dead last Sunday. Our government's Metro Police offer him protection service too… at our cost. SASSAFRICA 4U!#ressurectionchallenge pic.twitter.com/CdqKHwGV0d

Pastor Alph Lukau of the ressurection miracle bluff is living large. Religion entrepreneurship is a safe bet in Africa. Private jet, exotic cars, palatial homes. I want to be a pastor. pic.twitter.com/MLY6gWawaQ

South African pastor Alph Lukau ‘whose viral video is making rounds on social media of him resurrecting a dead man lives a lavish life, check out these pics. pic.twitter.com/mBLFqtU7b9