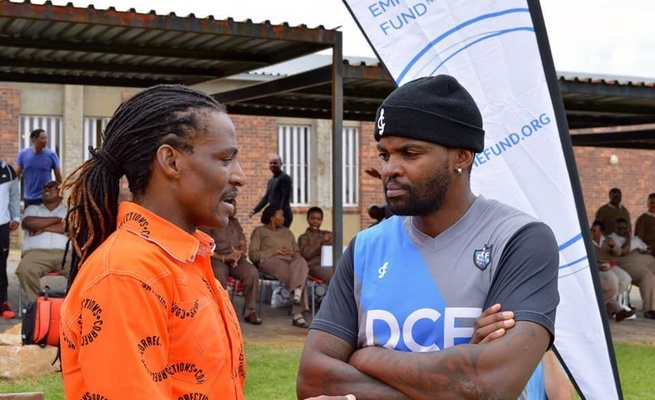 The war of words between DJ Cleo and Boity reached boiling point on Monday after the muso questioned Boity about playing a more active role in motivating sisters in prison.

Cleo came under fire on social media when he posted a series of pictures of himself with convicted rapist Brickz, which seemed to be sympathetic towards the disgraced kwaito star.

Cleo tweeted that Brickz had "fallen" while running his own race but that it was not yet over for him.

Boity was shocked by the comments and slammed the Goodbye hitmaker.

While the star took shots at Cleo and those who defended his decision to meet with Brickz, the DJ was silent.

Once Boity was done, Cleo took to his own Twitter page to ask the TV star-turned- rapper why she was suddenly so "woke".

Nomzamo was herself dragged on social media last month after she posed with music boss Arthur Mafokate at an ANC event. Arthur made headlines in 2017 after he was accused of assaulting former girlfriend and musician Busisiwe "Cici" Twala.

DJ Cleo also addressed the backlash against him from other Twitter users, claiming his comments were misunderstood.

"Rape is one of the most terrible crimes and happens so often. We're always educating women on how to defend themselves, When we really need to be teaching men not to rape. I don’t and will never condone rape. It’s sad that my tweet was so misunderstood," he said.

Cleo said he did not intend for his initial tweet to come across as sympathy for a rapist.