Home Celeb Gossip iFani slams Anatii: We do not recognise his Grade 1 Xhosa 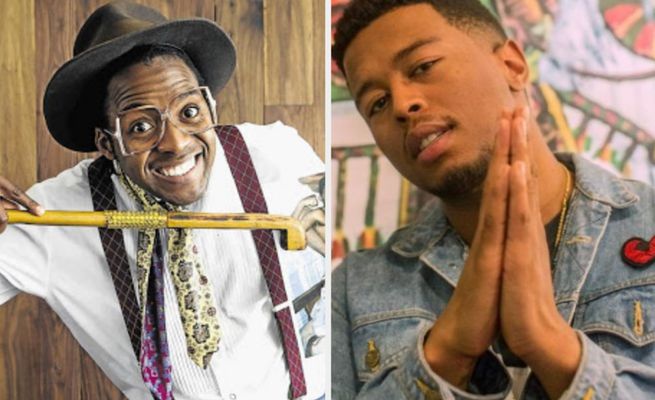 Just hours after making a proper return to social media, iFani has already got fans hot under the collar by dissing Anatii.

iFani has been MIA for longer than we've been having load-shedding but he surprised fans on Twitter and wasted no time in stirring the pot.

It started when iFani was asked if he had been writing for Anatii, since they had similar styles.

The muso said that Anatii was not from around his area and claimed that Anatii's Xhosa was not recognised by his people.

To add even more spice iFani seemed to congratulate Anatii on his "Grade 1 Xhosa".

He's not from around here
We do not recognize his Xhosa
But we love the effort.

When he was challenged by a fan, who claimed that Anatii's latest album was amazing, iFani hit back by claiming that his own album had won a Sama and was great too.

While iFani may have made a new enemy in Anatii, he seems to have gotten over his beef with Cassper.

In 2017 iFani labelled Cassper's music "trash" and told the rapper not to shoot a video for his hit Tito Mboweni.

When asked if it was all love between him and Cass now, iFani waxed lyrical about Cass being rich, fit and awesome on the mic.

Yah, I do.
He's so rich
And so fit
And so awesome on the mic.

Now, can someone reload my music on Apple? https://t.co/bOaEzDc7wU

The musician also claimed that he had been away from the industry by his haters who had launched a #MuteiFani movement to ruin his career.

There was a #MuteiFani movement
By my haters.
It sort of worked.
Kinda. https://t.co/YURUwwQ9gl