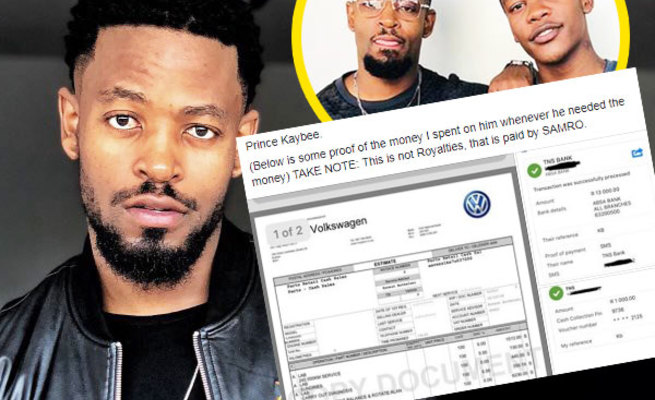 Things between the two artists started off on a great note but went sour when a female was involved.

Kaybee alleges that he gave TNS a home, fed and clothed him, even though according to TNS the artist left him to starve.

In an interview with Daily Sun, Nkazimlo claims that Kaybee has not paid him a cent for all his contributions to the hit songs Banomoya and Club Controller.

Prince Kaybee has took to Facebook to deny all the allegations made by TNS, this time around the musician has all the receipts!