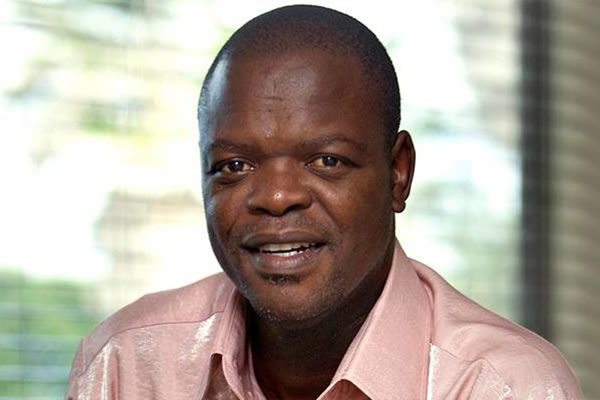 HELL hath no fury like a woman scorned. Following the accusations that Makoena Kganakga, who is Seputla Sebogodi’s ex-fiancée, is cheating with a married man of God, the 30-year-old has come out guns blazing to clear her name.

CHEATING CLAIMS
Recently, there were reports that Makoena’s relationship with Seputla (56) collapsed after claims of cheating. Seputla reportedly said that he was living in fear for his life after exposing the love affair.

The actor’s ex, a trainee pastor, came back to defend herself saying that the only relationship she has with the bishop in question, is of a professional nature. She accused Seputla of being jealous, bitter and abusive.

“Seputla is a liar. I never cheated on him. He lied about everything. I am working for the man in question, doing marketing for his radio and TV channels,” she says.

“I’m living in fear, no one should know anything about my whereabouts,” he shares.

The bishop says that like Seputla, he is also a victim of jealousy and false accusations. He says that he also started receiving threatening phone calls. He adds that there is a group trying to destroy his image, saying they also tried to get ransom from him but he refused.

“They called me demanding R200 000 and when I refused, they told me that I would wake up famous,” the bishop says, referring to news reports on the alleged affair.

“These people cloned my phone sim cards and hacked all my social media accounts. When I refused to give them what they wanted, they used Seputla as bait,” he says.

Regarding the claims that the cheating lovers went away from their partners and spent Valentine’s Day in hotels, while Seputla planned to surprise Makoena with a car; she says the relationship had long ended by that time. And says that even if it had not, there was no way Seputla would buy her a car.

“Seputla has no income. He doesn’t have a car himself. He tried getting a car but the garage couldn’t give him a car because he owes the bank R1,7-million. The man depends on friends for transport,” she says.

REAL REASON FOR THE BREAK-UP
According to Seputla, the two were supposed to walk down the aisle in June, before the trainee pastor opted for a richer man. “There was no point in staying in an unhealthy relationship. Apart from being broke, he was an emotional abuser, he made me feel like there was something wrong with me,” says the divorced mother of three.

The last straw was finding out that Seputla’s marriage with Shereen Maubane, the same woman the actor paid lobola for, five months after dumping his second wife using an SMS, was still legally recognised.

“I found out that Seputla was still legally married to Shereen Maubane, his third wife. He then told me that he knows an advocate who can dismiss the marriage without the ex-wife’s knowledge,” Makoena says.