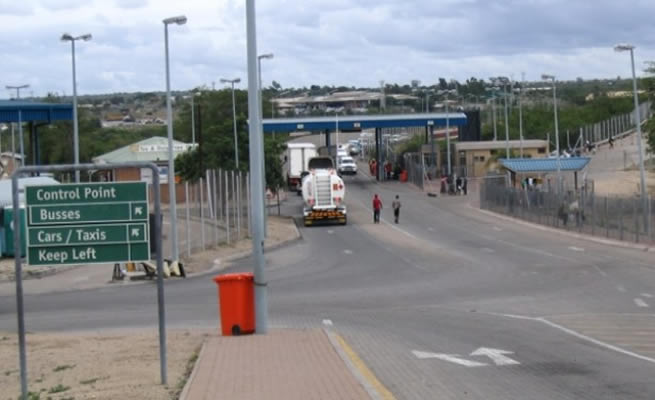 The concept of ’emigration’ as recognised by the Financial Surveillance Department of the South African Reserve Bank (SARB), was phased out with effect 1 March 2021.

National Treasury has indicated that the reason for this regulatory change is ‘to encourage South Africans to keep their ties with the country’.

The phasing out of emigration conceptually has created even more confusion around citizenship, exchange control (excon) residency and tax residency and how the changes will affect different individuals and access to funds.


Below Carla Rossouw and Jaya Leibowitz of Allan Gray highlight the differences between these three concepts and explain how each may affect your investments.

A citizen is a legally recognised national of a state or commonwealth.

In South Africa, you can be afforded citizenship in three ways: By birth, through descent, or via naturalisation.

Citizenship status gives individuals certain rights and obligations, such as the right to vote, access to social services, and the right to live and work in the country without the need for a permit or visa.

In South Africa, citizenship is a concept that exists independently of tax and excon residency.

“For example, if your family emigrated to another country when you were a child, you could have retained your South African citizenship, but you will not be a South African tax or excon resident,” Allan Gray said.

“As a South African citizen, you do not need to live in the republic to retain your citizenship status.

“South Africa also allows its citizens to hold dual citizenship, which means that you can be a South African citizen and a citizen of another country simultaneously.”

The concept of residency for excon purposes is distinct from tax residency, Allan Gray said.

“The concept of emigration for excon purposes has now been phased out and the process of controlling an emigrant’s remaining assets via an emigrant capital account has fallen away.

“Moving forward, if you leave South Africa to take up permanent residence in another country, you will have to inform the South African Revenue Service (SARS) that you have ceased to be a South African tax resident.

“If you cease to be a South African tax resident, you will have to request a tax compliance status (TCS) for “emigration” from SARS before being permitted to transfer any funds abroad.”

However, the SARB and SARS have confirmed that if you submitted an emigration application to an authorised dealer prior to 1 March 2021, you will be able to follow the previous emigration process, Allan Gray said.

How to determine if you are a South African tax resident

You are classified as a South African tax resident if you are ‘ordinarily resident’ in South Africa.

According to case law, you are ordinarily resident in South Africa if it is the country which you will, naturally and as a matter of course, return to after your wanderings.

“In other words, it is your real home. You could remain ordinarily resident for tax purposes in South Africa even if you leave the country for a substantial period if you intend to eventually return to South Africa after your travels,” said Allan Gray.

“Your intention is a subjective matter and if you claim to be ordinarily resident in a country, all your surrounding actions and circumstances must support this claim.”

Factors that will be evaluated include:

“If you are not ordinarily resident in South Africa, you will still be considered a South African tax resident during a particular tax year if you have been inside South Africa for more than 91 days in that tax year, and each of the five preceding tax years, as well as for a total of more than 915 days in the preceding five years.”

This is referred to as the ‘physical presence’ test.

The new “emigration”: Ceasing to be a tax resident from 1 March 2021

If you have followed the process to cease to be a South African tax resident, new rules will apply regarding the assets that you can take out of the country.

“Once you have obtained the TCS PIN and SARS has confirmed that you are tax compliant, you will be able to transfer up to R10 million of your assets offshore per year. You will not be entitled to use the annual SDA that is available to residents.

“However, in the year that you cease to be a tax resident, you will be allowed to transfer up to R1 million as a travel allowance without obtaining a TCS.

“In addition, household and personal effects up to an amount of R1 million per family unit may be taken out of the country under a SARS ‘Customs Declaration’, provided these assets have been declared on the relevant forms.”

If you wish to transfer more than R10 million offshore, you will be subject to a more stringent verification process by SARS and will have to apply for approval from the Financial Surveillance Department (FSD), Allan Gray said.

Before approving these transfers, SARS and the FSD will verify your tax status and the source of funds and you will be assessed in terms of the anti-money laundering and countering terror financing requirements.

Prior to 1 March 2021, SARS allowed individuals who formally emigrated from South Africa to access their retirement annuity and preservation fund savings prior to reaching retirement.

“From 1 March 2021, under the new process, if you have not formally emigrated, you will only be able to access your retirement annuity or preservation fund benefits if you have not been a South African tax resident for an uninterrupted period of three years on or after 1 March 2021,” Allan Gray said.

It noted that if you have not accessed your pre-retirement withdrawal benefit from your preservation fund, you will have immediate access to your benefit, as has always been the case.

If you leave South Africa when your work or visit visa expires, you will still be able to access your benefits in the same way as before 1 March 2021.

The new “three-year” test provides for the payment of lump-sum benefits when:

“The three-year period can start before 1 March 2021, meaning that if on 1 March 2021 you already met the requirements and were not a South African tax resident for a period, you do not need to start counting the three years again from 1 March 2021.”