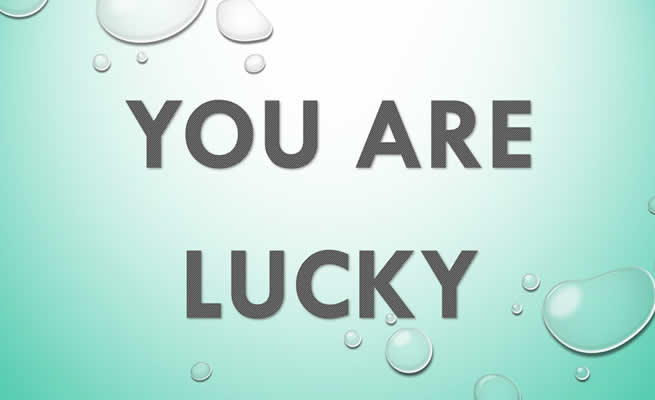 People say that when it comes to stardom, it's talent and fame that's important – luck has nothing to do with it. Well, there might be some truth in this saying. After all, becoming a star is not like betting at betway.co.za – it needs hard work and dedication rather than a lucky guess. Still, sometimes, chance has a major role in pushing previously unknown people to stardom.

Here are 3 famous faces that became celebrities thanks to the fortunate circumstances.

South African superstar actress Charlize Theron had a very hard time as a youth. Her father was an abusive alcoholic, ultimately shot and killed by her mother on their farm in Benoni. She studied ballet at the National School of the Arts in Johannesburg, then moved to Italy for a one-year modeling contract at the age of 16. Later, she continued her studies in New York until a knee injury ended her career as a dancer at the age of 19. She then decided to pursue an acting career, moving to Los Angeles with no money, working as a model and trying to make ends meet. At one time, her cheque sent by her mother was refused at a local bank, and this was the last straw: she snapped and shouted at the teller. Little did she know that the man behind him in the queue was a talent agent – he quickly gave her his business card, and found her an acting job – a silent role in the B horror movie "Children of the Corn III: Urban Harvest". Her breakout role was that of the hitwoman Helga Svelgen in "2 Days in the Valley", a 1996 crime drama, which pushed her into the mainstream. Finally, her role in the 1997 horror film "The Devil's Advocate" was a true breakout for her.

Since then, she played in everything from comedy to horror and drama, she won an Academy Award, and countless others.

Han Solo, Indiana Jones, the Blade Runner – these are just a handful of the best-known characters played by the now 76-year-old actor. His breakout performance was, without a doubt, Star Wars – and he got the role by pure chance.

Early in his career, Ford was playing minor roles in various movies for Universal, while making a living working as a carpenter. His breakthrough as an actor was due to his second career: "The Godfather" director Francis Ford Coppola hired him to expand his office, and ultimately gave him roles in two of his upcoming movies – The Conversation (1974) and Apocalypse Now (1979). After previously working with George Lucas – he played a minor role in American Graffiti – the director invited him to read lines at the actors' rehearsals for Star Wars. His performance as Han Solo was convincing enough for Lucas to cast him in the role of the infamous and heroic smuggler, pushing him into the spotlight – and to stardom.

He went on to become one of the most recognizable faces in Hollywood, with countless high-profile movies, awards, and nominations under his belt.

If this would've happened in our time, the kid would've called the police – back then, in turn, it seems to have been acceptable. At the age of 15, young Rosario was playing on the front porch of her home by photographer Larry Clark and screenwriter Harmony Korine driving through the neighborhood looking for scenes for their upcoming movie. Korine saw her as the perfect choice for a role in his upcoming independent film Kids (1995) – he approached the 15-year-old, signed her for the production, kickstarting her movie career at the same time.

Since then, Rosario Dawson has played in movies ranging from Kevin Smith's "Clerks II" to Barry Sonnenfeld's "Men in Black II", worked with directors ranging from Spike Lee to Oliver Stone, won a bunch of awards, and lent her voice to Diana Prince, aka Wonder Woman, in Universal's animated superhero franchises.