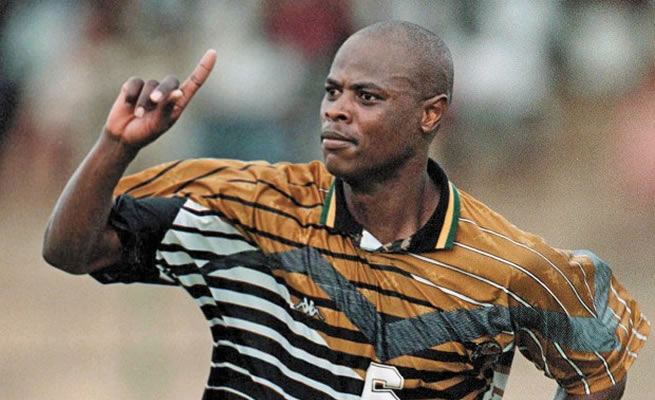 Bafana Bafana legend Philemon “Chippa” Masinga has been admitted into a North West public hospital after falling ill a few days ago.

South African Masters and Legend Football Association member Greg Mashilo told SowetanLIVE that the 49-year-old Masinga‚ who hails from Klerksdorp‚ was admitted into Tsepong Hospital in Klerksdorp on Saturday but there have been no further details about his condition.

“We received a message from Safa president Danny Jordaan that Masinga was hospitalised but we don’t have much details as yet‚” said Mashilo‚ who is also the president of the South African Football Coaches Association.

“We immediately created a WhatsApp group and informed all the members‚ but we are yet to get details.

"We wish him a speedy recovery but for now we don’t know much about his illness.”

Former Bafana captain Neil Tovey‚ who led the Bafana team that won the Africa Cup of Nations in 1996 with Masinga as main striker‚ said he wished his former teammate a full and speedy recovery.

Tovey said he too has heard about Masinga’s hospitalisation but didn’t have any other details.

“Our thoughts are with Chippa and his whole family at this difficult time.

"I wish him well and hope to see him soon‚” said Tovey.

The gangling Masinga had an illustrious career in SA as a top striker for Jomo Cosmos and Mamelodi Sundowns before going abroad where he featured for teams in England‚ Switzerland‚ Italy and Abu Dhabi before retiring in 2002.

Masinga is famous for scoring the goal (against Congo) that took Bafana to a first-ever appearance at a Fifa World Cup in 1998.

He played 58 internationals and scored 18 goals.