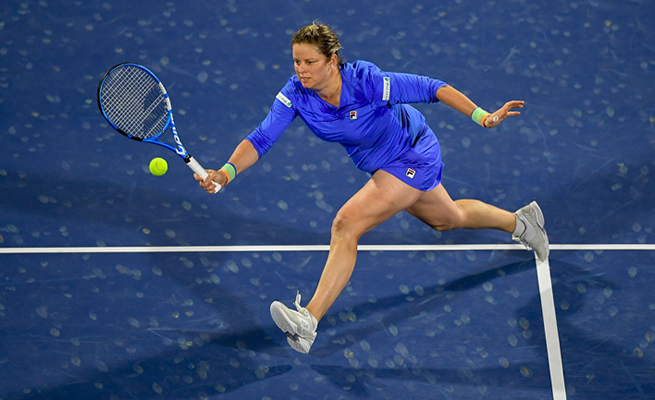 Kim Clijsters, the former world number one, has announced her retirement from professional tennis for the third time, thereby ending her career. The athlete had made similar announcements twice in her career—in 2007 for the first time and 2012 for the second. However, Clijsters returned in February 2020 but did not win any matches, much to the dismay of many users on 20Bet. Moreover, she had a knee surgery in October of the same year. She last competed at Indian Wells in October 2021, where she was eliminated in the first round.

Clijsters’ Statements About the Retirement

Clijsters said in an interview that she had been preoccupied with adjusting to her new life in New Jersey with her family. The Belgian athlete posted on Instagram that she has chosen to stop participating in formal events. She also mentioned looking forward to seeing what new adventures may come her way.

Many fans associated her retirement with the continuous loss of games. However, Clijsters clarified that she very much still enjoys hitting the ball. To adjust things to her schedule, three to four days was sufficient to keep Clijsters’ rhythm under control, but she stated that it would not be adequate if she were to enter another competition.

To elaborate on the matter, the athlete explained that if she chose Australia, it would take three to four weeks, which simply is not doable at this point in her and her family’s life. Clijsters went on to emphasize that her enthusiasm for tennis will never fade.

Clijsters was born into a family that had professional football and gymnastics backgrounds. She was known for her athletic ability, which was exemplified by her capability to split in the heart of a point on the court.

Clijsters' father constructed a clay tennis court at their residence when she was five years old as a present to his daughter.  During a televised appearance, her dad had already announced the present as a gesture to commemorate the prize. Clijsters started playing tennis during that year after taking a class with her cousins and uncle whilst her parents were abroad. She grew obsessed with the sport after that.

She centered her offensive approach around controlled aggressiveness while also becoming a great defensive player because of her superb mobility. Clijsters regularly extends points with her characteristic stroke, a stretched-out wide forehand, sometimes known as a squash shot, in combination to her mobility.

Clijsters has been competing professionally since 1997 when her main adversaries were Justine Henin and Serena Williams. Clijsters would become the first Belgian tennis player to reach the No. 1 position, despite her country's lack of success in men's and women's tennis. She established Belgium as a dominant power in women's tennis with Henin, as the pair became the world's finest two players in late 2003.

On the Women's Tennis Association (WTA) Tour, Clijsters had won 41 singles championships and 11 doubles titles. She was a three-time WTA Tour Championships champion. She has won all four Grand Slam titles in singles and doubles. Her wins also include the US Open and Australian Open in singles. Moreover, she also won Wimbledon and the French Open in doubles with Ai Sugiyama. Her record in big tournaments has been underlined by three straight wins at the US Open.

Clijsters, who had been hampered by injuries and had lost part of her motivation to play, resigned from the sport in 2007 at the age of 23 to marry and have a daughter. This was the first of several retirement announcements, She resumed playing the sport two years later and claimed her second US Open championship in just her third match back as an unranked player. She retained her championship the next year and went on to win the Australian Open in 2011 to become the WTA's first mother to be placed No. 1.

She shares the record for most Grand Slam singles championships won as a mother with Margaret Court. With three of these titles under her belt, Clijsters was the first woman to do it since 1980 when Evonne Goolagong Cawley accomplished the same achievement. Clijsters announced her retirement after the 2012 US Open. She launched a second return in early 2020, after a seven-year retirement to the enlightenment of thousands of tennis fans.

Both spectators and peers highly regarded Clijsters for her kindness—in fact, she was considered one of the nicest athletes on the WTA tour. Thanks to her tremendous return, she was named to the Time 100 list in 2011 as among the world's most important people. In 2017, Clijsters was elected to the International Tennis Hall of Fame. To summarize her accomplishments, Clijsters finished her career with 41 singles championships and around $24 million in prize money. The athlete won the US Open three times: in 2005, 2009, and 2010. She also won the Australian Open in 2011.