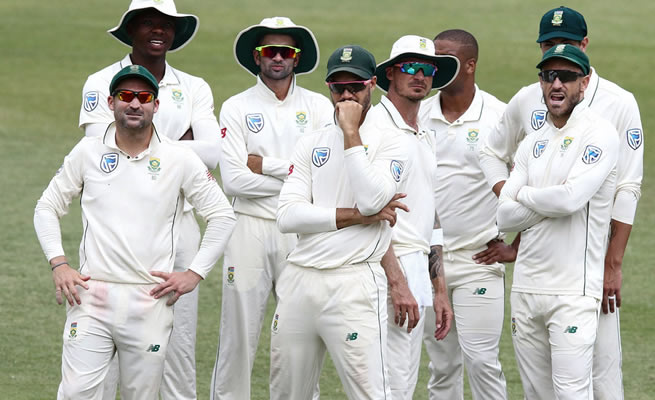 FANS of the Proteas could possibly find themselves without a nationally sanctioned men’s and women's team to support should Sports Minister Nathi Mthethwa decide to invoke the powers available to him in terms of the National Sport and Recreation Act by revoking the recognition of the sport’s administration body.

Mthethwa officially reached the end of his tether with Cricket SA, (CSA), and specifically the organisation’s Members Council, following a special general meeting on Saturday in which the council failed to implement the necessary changes to ensure administrative reform at the beleaguered organisation.

Yesterday, Mthethwa said he would take “the necessary steps required to exercise his rights in terms of the law”.

The powers available to the minister in terms of section 13(5) of the act give Mthethwa the power to remove recognition of the federation as the authority of the sport and to stop providing funding for the organisation.

That latter punishment may not have much impact at CSA, as the grant from the government is minuscule – in the region of R500 000.

Revoking recognition will have a much greater material effect, with CSA not being able to hand out international caps, meaning the Proteas will no longer be recognised as the representative team of the country.

The men’s team is due to tour the West Indies in June.

Sponsors are also unlikely to want to provide further backing for a team that isn’t officially representative of the country.

Mthethwa accused CSA’s Members Council of “acting in bad faith”, after the council had previously informed him that it had agreed to make the changes to CSA’s constitution to enable it to reform the administration.

At Saturday’s special general meeting, which Mthethwa attended, the Members Council then didn’t reach the 75% majority needed to implement the changes.

“This turn of events, taking place at the back of several missed opportunities by the Members Council, has left the minister with no further option but to exercise his rights in terms of sestion 13(5) of the Sport Act,” the Sports Ministry said in a statement issued yesterday morning.