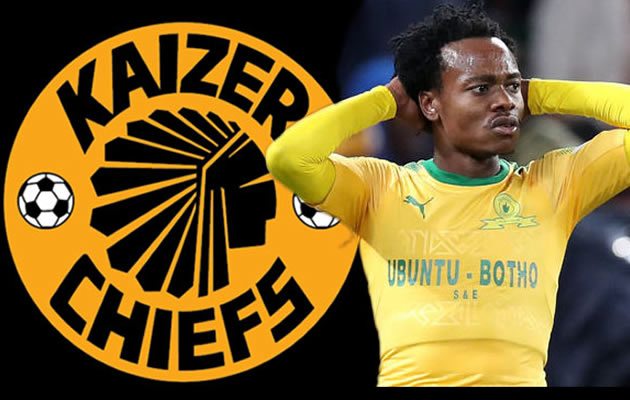 Following the seemingly estranged relationship between Percy Tau and his club Mamelodi Sundowns, supporters continue to spin their thoughts around the situation.

In recent days, it has been reported that Tau is begging the Absa Premiership champions to release him, with English side Brighton & Hove Albion having shown interest in the award-winning midfielder, who is said to be eager to grab what could be a lifetime opportunity for him. It was also reported that Masandawana travelled to Rustenburg for pre-season duties in the absence of the Witbank-born player.

Supporters Club caught with passionate Kaizer Chiefs supporter popularly known as Mama Fefe,who conveyed her thoughts on the Downs/Tau situation and hinted that perhaps her beloved Amakhosi should seize the opportunity to lure “Lion of Judah” to Naturena.

“Sundowns can try and defend themselves all they want, but truth of the matter is Tau wants out and we, as Chiefs supporters, would love to have him at Naturena,” she said.

“The fact that Percy didn’t pitch or travel with the team to Rustenburg says a lot. Even if Sundowns keep him, he won’t be the same anymore and probably won’t even play next season. I mean, Tau has one year left in his contract with Sundowns, so why can’t Chiefs not jump in on this golden opportunity and bring us this boy?

“We will even assist our team financially if needs be. Not to say that Chiefs are broke, no. It’s just to point out that that’s the extent we are willing and would go to secure Tau’s signature. Getting Tau would be one of the greatest things to ever happen for us as Amakhosi fans.”