Home Sports Khama Billiat was transferred for FREE: Details regarding his 3-year contract with... 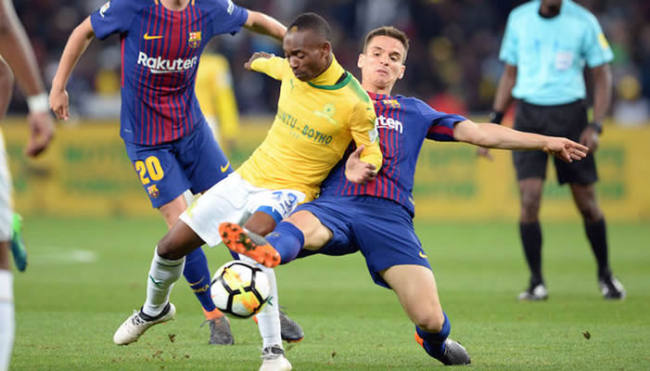 The contract lengths of Kaizer Chiefs’ new signings have been confirmed.

The Soweto giants announced the acquisition of three new signings ahead of the July/August transfer window, managing to scoop up a marquee signing in Khama Billiat.

In one of the biggest transfer coups of the preseason to the 2018-19 season‚ Amakhosi have landed the 27-year-old Zimbabwean attacking star‚ whose contract at Sundowns ended this month.
Amakhosi had been criticised for their lack of urgency in appointing a new head coach, and while they released five players last week, they were expected to sign quality players to replace those who have left the club.

Now, the club has confirmed the arrival of Billiat on a free transfer from Mamelodi Sundowns. Billiat spent five seasons at the Brazilians, and while he was tipped to go abroad, Chiefs tabled an offer he couldn't turn down.

Billiat headlines the group of three players that the Glamour Boys have signed so far, and the Soweto giants are expected to sign more players in the coming weeks.

Chiefs announced that the Zimbabwean international put pen to paper on a three-year deal, with an option of another year.

“The offensive midfielder Billiat joins from Mamelodi Sundowns on a three-year contract with an option of one further year,” Chiefs said on their official website.

“Left-back Mirwa is signed from ABC Motsepe league side Buya Msuthu FC on a three year deal (with an option of a further year), while another offensive midfielder, Andrianarimanana comes from Fosa Juniors FC from Madagascar and joins on a two year contract with an option of one more year,” the club added.

Billiat and Mirwa have signed three-year deals and Andrianarimanana a two-year contract.

Zimbabwean attacking star Billiat was the Premier Soccer League’s Footballer and Player’s Player of the Season when Sundowns won the Absa Premiership in 2015-16.

He was the star player in Downs’ 2016 Caf Champions League victory and brings desperately-needed class to Chiefs‚ who have not won a trophy in their past three seasons.