Despite making headlines for all the wrong reasons at times, controversial Enlightened Christian Gathering (ECG) church founder and self-proclaimed prophet Shepherd Bushiri remains an attraction to a number of SA soccer stars. 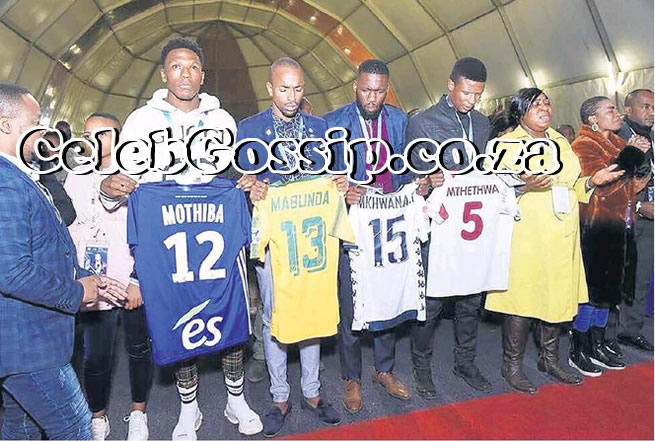 Here is a list of 5 prominent footballer who , when they look to the heavens are captivated by the Malawian-born Pastor.

Mabuda (32) is a proud congregant of Bushiri's ECG. The Sundowns and Bafana Bafana midfielder always thanks Bushiri for saving his life.
Such is Mabunda's devotion to ECG that whenever he wins Man of the match award, he dedicates it to Bushiri.

Mothiba is mentored by Mabunda and most of the time when the France-based Bafana striker is in the country, he visits Bushiri's church. Before the start of last year's Africa Cup of Nations in Egypt, Mothiba alongside Mabuda and their Bafana teammate, Buhle Mkhwanazi of Bidvest Wits, viited Bushiri's church to pray for blessings ahead of the continental finals.

Known to be a spiritual man, The centre-back has also visited Bushiri's church a number of times. He is also close to Mabunda and Mothiba. In Bafana camps, he trio normally spend the time together and read the bible.

Pictures of Mabasa at ECG went viral last year. On YouTube there is also a video where Bushiri is praying for the Buccaneers striker by placing his hands over his head. The 23-year old Mabasa hardly steps onto the pitch without wrist band written various biblical scriptures,proving to everyone that he is a religious young man.

Although he was not part of the Bafana squad for the last edition of Afcon, Mthetwa,(29) was among players who visited Bushiri's church before the national side went to the finals last year.