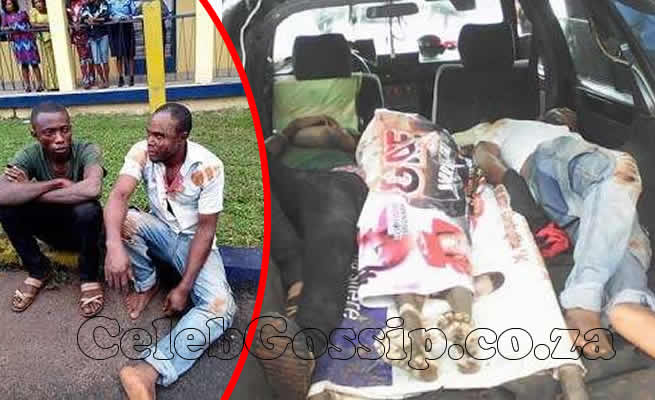 The Imo State Police Command in Nigeria have reportedly arrested two men who stole the corpse of a 90-year-old woman from a mortuary and demanded ransom from the family.

Chukwudi Chukwu and Bethel allegedly picked the body of the old woman from Ikeduru LGA and demanded N5m as the only condition on which they would release the corpse.

Apparently, the corpse was deposited at the Jesus Hospital’s Mortuary located at Akabor, Ikeduru.

It is not clear how the suspects made their way into the morgue and made away with the dead body and how long it stayed in their custody before they got arrested.

In a photo circulating online, the two men are seen lying in a car with the corpse in the middle.

It appears this is the latest modus operandi criminals are adopting to hold people to ransom and make money of them.