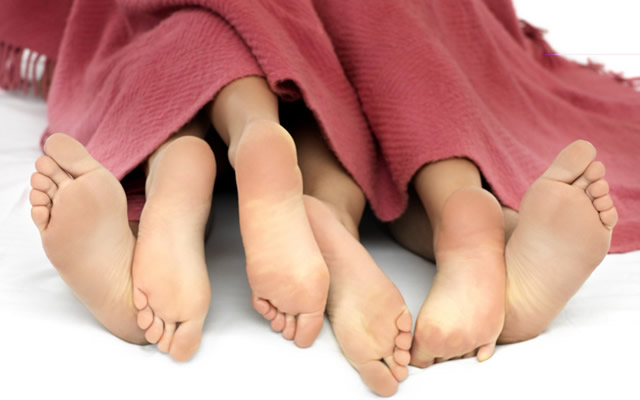 Carl Morgan, 41, had been out drinking with his former sister-in-law Joanna Maher and her partner Bethan Grover in Bridgend and they were in good spirits. But a court heard that after Morgan made the crude proposition to the couple the atmosphere changed.

Ms Maher returned to Morgan's home in Ogmore Vale and, when he returned 30 minutes later, he pinned her down on the sofa and delivered a series of punches leaving her with two black eyes, a split lip, and concussion.

A sentencing hearing at Cardiff Crown Court on Friday heard the defendant and Ms Maher had known each other for 22 years and she thought of him as a brother after he had been in a relationship with her sister for a number of years.

Prosecutor Gareth James told the court that on March 30 Ms Maher and Ms Grover went to Morgan's home in Fern Street where they had a drink before moving onto the Ogmore Vale Conservative Club where they had a few more pints.

They later moved onto another pub where they had a meal and more drinks but Ms Maher decided to leave at 9.30pm because she was feeling sick and the defendant had offended her.

Mr James said: "The defendant suggested Ms Maher and her partner should have a threesome with him. She went home to his house with a spare key and was sat on the sofa for 30 minutes before the defendant and her partner walked in. The defendant went up to Ms Maher and pushed her down, sat astride her, and began to punch repeatedly with both fists to her face and neck. She screamed at him 'Get off, you're my brother' and later described the defendant as looking possessed. She managed to get away from the defendant and on all fours crawled out of the house and into the street. She collapsed on the floor and hit her head on the pavement and in distress wet herself."

Ms Maher was taken to Princess of Wales Hospital in Bridgend and received treatment for her injuries. Morgan was arrested and when police conducted a search of his house they found nine cannabis plants growing in the attic.

The defendant initially denied assaulting Ms Maher but later pleaded guilty to assault occasioning actual bodily harm. He also pleaded guilty to production of cannabis on the grounds it was for his own personal use.

Defence barrister Adam Sharp said his client was "heavily intoxicated" at the time of the assault and has since acknowledged having issues with alcohol and cannabis, which he had smoked for the majority of his adult life. He also said Morgan suffered from chronic obstructive pulmonary disease (COPD) as a result of his cannabis use.

Sentencing, Judge Jonathan Furness QC said: "You are an idiot for behaving in this way and you're an idiot for ignoring the health advice you have been given. You're not very well but you can make yourself better.

"This is a nasty ABH on a woman when in drink. There must have been a number of punches involved when she's trapped on the sofa and you're sitting on her arms so she has two black eyes, a split lip and left unwell and dizzy. It's quite nasty to see how damaged facially this woman was by this assault."

Morgan was given a six-month prison sentence suspended for two years and was made subject to a curfew order for four months as well as a 15-day rehabilitation activity.