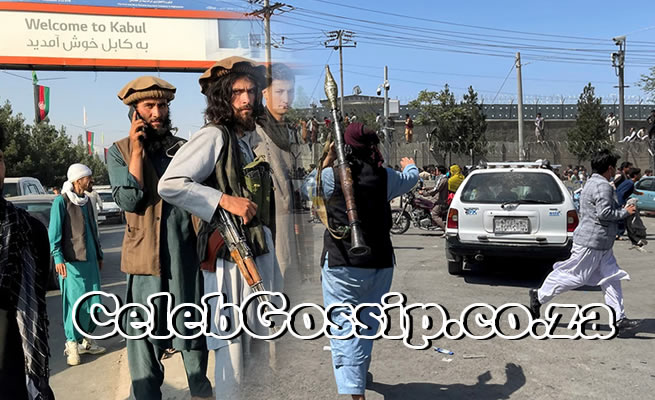 On August 15, the Taliban captured the Afghan capital Kabul and declared the war in Afghanistan over. The lightning speed with which the group made major territorial gains as the Afghan National Defence Security Forces (ANDSF) retreated without putting up a fight shocked many.

Over the last 20 years, the US spent more than $83bn training, equipping and developing the Afghan national army, police, air force, and special forces. Yet, under the advance of an armed group carrying light weapons, the ANDSF fell apart in a spectacular fashion.

The unprecedented pace of the Taliban’s territorial gains surprised even US intelligence, which had projected that it would take months for the group to establish control over the country. As a result, the United States and several other Western countries have had to redeploy thousands of troops to help with the emergency evacuation of their citizens and diplomatic staff from Kabul.

Had Western analysts and intelligence agencies been more aware of the realities on the ground, perhaps, they would not have been taken by surprise by the developments of the past few days. A number of factors account for the collapse of the Afghan state and the ANDSF.

First, there was widespread corruption in Afghanistan’s defence and interior ministries where funds, ammunition and food deliveries were stolen before reaching the soldiers on the ground. The ammunition and other equipment were sold on the black market, eventually ending up in the Taliban’s hands.

Furthermore, some commanders embezzled money by submitting fund requests for the salaries of “ghost soldiers” – i.e. soldiers who had not actually signed up for the military. As this was happening, ANDSF personnel were kept unpaid and retained on duty without permission to leave and see their families or have sex with their wives for months.

Unsurprisingly, the ANDSF had one of the highest desertion and casualty rates in the world. According to one estimate, the ANDSF’s per month attrition rate was 5,000 while the recruitment rate was 300 to 500.

Second, the embezzlement and corruption undermined morale within the ranks of the army. The integrity of senior leadership is pivotal in military affairs to win the troops’ respect and loyalty. For unpaid soldiers, the lavish lifestyles of their commanders were often too much to swallow. Hence, instead of fighting and dying, they preferred to save their lives by surrendering to the Taliban under its amnesty offers.

Third, there was also no ideological cohesion within the army or a sense of national duty and belonging. In fact, there was significant mistrust towards the country’s political leadership. No Afghan soldier was ready to fight and die to defend President Ashraf Ghani or the government. Conspiracy theories about a secret deal between the Afghan government and the Taliban were rife among Afghan troops. This environment of doubt and suspicion further undermined Afghan soldiers’ resolve to resist the advance of the ideologically cohesive Taliban, whose fighters were driven by a desire to establish an Islamic emirate and drive out foreign troops they saw as occupiers.

Fourth, continuous political interference and reshuffling of office holders as high as interior and defence ministers, governors and police chiefs also affected the ANDSF’s battlefield performance. An army needs unity of command and leadership continuity to function properly and fight effectively on the battlefield. The military chief of staff is the centre of gravity of his organisation and if he is changed consistently, it adversely affects the organisation.

President Ghani regularly changed his military leaders amid the US withdrawal and the Taliban’s offensive across Afghanistan. For instance, Ghani replaced the Afghan army chief Lieutenant General Wali Mohammad Ahmadzai, who was appointed in June, with the Afghan National Army’s special operations command, Major General Haibatullah Alizai. Similarly, he replaced his interior ministers twice and reshuffled his defence minister and six core commanders in recent months.

Fifth, the Taliban’s smart military strategy of taking control of major border crossings, main highways and besieging the big cities crippled Kabul’s ability to send reinforcements and supplies. Many army units were cut off from the rest of the country and thus were forced to either flee across the border neighbouring countries or to dissolve.

Finally, despite receiving years of training and billions of dollars worth of equipment, the ANDSF never developed the capacity to stand on its own. In fact, it was entirely dependent on the US and NATO troops to protect urban areas. Once these forces began to withdraw, there was no barrier to stop the advance of the Taliban and the weaknesses and incompetence that was covered up by foreign military presence quickly came to the fore.

As the collapse of the ANDSF became apparent, the Afghan government scrambled to put together a new force composed of various militias. Three influential warlords – Atta Muhammad Noor of Jamiat-e-Islami, Abdul Rashid Dostum of Hezb-e-Junbish and Haji Muhammad Muhaqiq of Hezbe-e Wahdat Islami Mardom-e Afghanistan – met to forge a joint front against the Taliban and coordinate their struggle with the ANDSF.

However, the fall of Mazar-i-Sharif to the Taliban forced them to flee the country. The collapse of the ANDSF even before the US withdrawal was completed and the way the gains of the so-called “war on terror” have been reversed will reverberate for years to come. The thousands of fighters freed by the Taliban from Bagram Airbase, including those from al-Qaeda and other groups, will pose a major security challenge in the region and beyond.