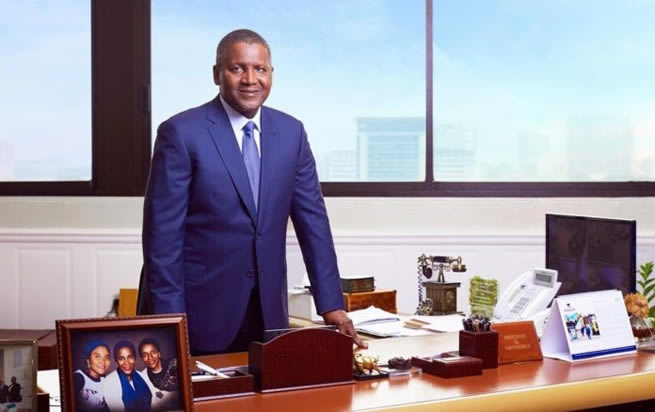 Africa’s richest man, Aliko Danote, has set Twitter alight after an image of him was posted on the social media site exposing his derrière.

This comes after an American woman claimed that the billionaire broker her heart earlier this year.

The woman, known as Bea Lewis posted the following messages on her Instagram page.

“In my 33rd Year: I dated the richest black man in the world. He broke my heart in 1000 pieces. I learned more from him than any person I’ve ever met. Communicating with a billionaire daily makes you see the world different than your humble beginnings in liberty city. I became more organized and finally am able to step away from the daily kitchen operations. I learned love without strings. Give your best without expectations. Nothing is forever. I realized a half a million dollar restaurant project was a bad investment. I purchased two properties. I started a consistent fitness regime. Became vegan. Obtained a profitable stock portfolio. He changed my perspective on work ethic and patience. Once my mindset changed the universe gravitated me to people that uplifted me and increased my net worth mentally and financially. To 2021 and powerful encounters.”

Shortly after the new year’s eve post, the billionaire began to trend on social media, Dagnote did not react or respond to Lewis’s post.

Some one then posted a revealing image of Dagnote on Twitter. View the picture below: (Warning, the image may be too graphic for sensitive readers as it contains an image of nudity) 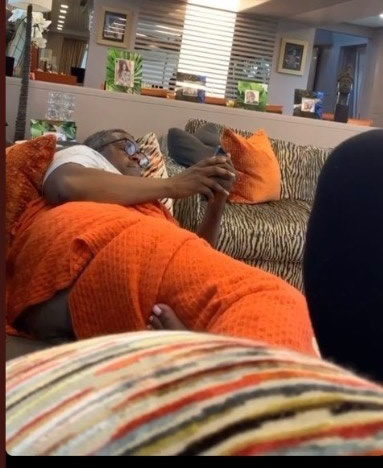 Once the image was posted and began to trend, Lewis, posted the following message on her Instagram stories:

This drama sent Twitter users into a meltdown, take a look at the reaction on the social media site below:

Anytime I hear Dangote, this is what I see.😭 pic.twitter.com/vKMkGBsv2a

The real victim here is Dangote.

The only reason why we aren't capping for him on here is because that black bum bum is owned by the richest man in Africa. We believe he'll be okay. But he's a victim!

Dangote loves his girls tall, busty, straight and classy.
Not all those Small Stout babes with their sharp mouth😒 pic.twitter.com/IfkYsI3vD1