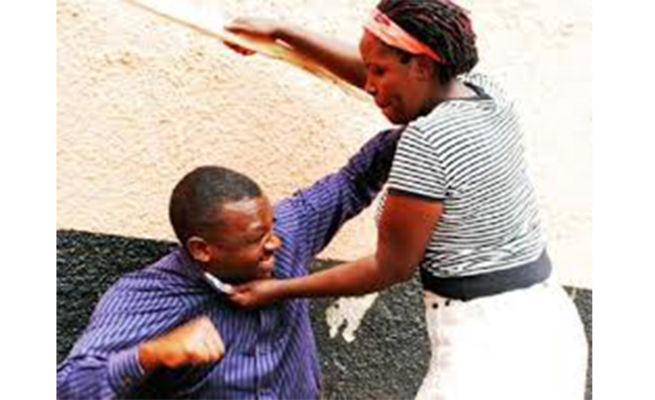 In a dramatic incident, a man from Northend suburb was assaulted by his ex-lover after he allegedly denied her permission to see the child.

According to a source, Talent Sibanda (35) has a child with his ex-lover Merjury Moyo (24). Last week on Monday Merjury met Talent walking with his girlfriend and their daughter in Northend suburb. Merjury then allegedly asked to see the daughter but Talent reportedly refused to let her see her.

“She wanted to see her daughter but Talent refused because these two have not been on talking terms for a while as their relationship had gone sour,” said a source who witnessed the drama.

This seems to have not gone down well with Merjury and as a result a misunderstanding ensued between the former lovers.

Merjury reportedly resorted to fists and pummelled him several times on the body, leaving him scurrying for cover.

“He tried to calm her down but she was very angry as she rained fists on him. He bled from the mouth,” said the source.

Merjury did not stop at that, the source said. In a fit of rage, she allegedly went for his cellphone and smashed it on the ground. Feeling that she had not done much damage, the fuming Merjury is alleged to have forcefully pulled the car door.

“She wanted to take the child as she forcefully opened the door. Sadly it broke,” said the source.

Talent reported the matter at a police station leading to the arrest of Merjury.

She pleaded not guilty to assault and was remanded to next week on Monday for commencement of trial.