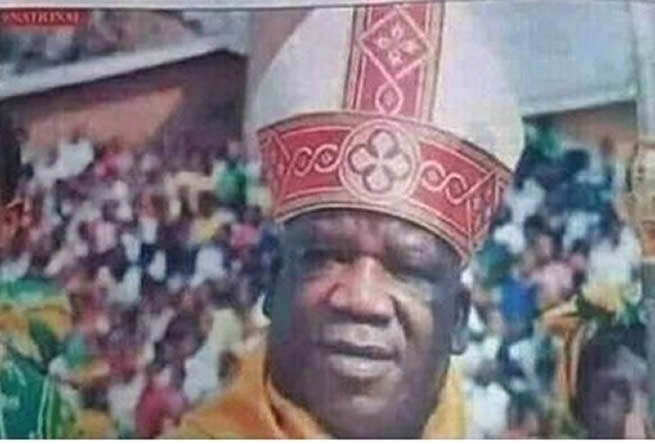 Pope Francis has confirmed reports for the first time that a particular Malawian Diocesan impregnated 30 nuns.

According to Pope Francis, he revealed that priests and bishops in the Catholic Church had sexually abused nuns and that some priests have been suspended on several occasions. 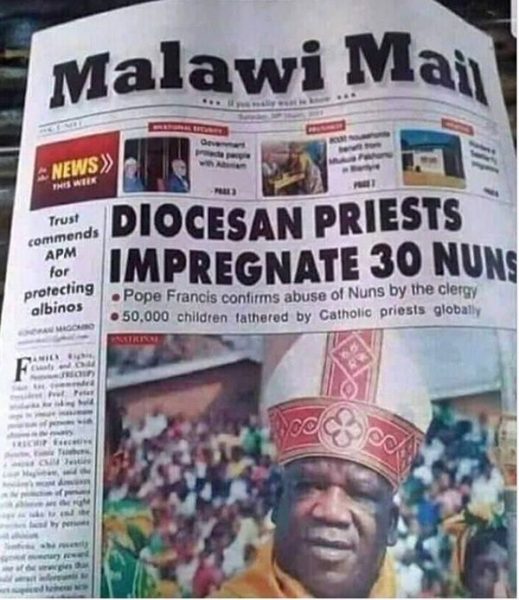 Specifically, several examples came from Africa, where priests were said to have turned to nuns for sex during the spread of AIDS.

Nuns around the world have suffered sexual abuse by priests, sometimes resulting in pregnancy and abortion, but church leaders have “fail[ed] … to discipline” the clerics involved, the New York Times reports. According to five reports written by senior members of women’s religious orders and a priest, cases of sexual abuse against nuns have been reported in at least 23 countries.

In one report, Sister Maura O’Donohue, a physician and a member of the Medical Missionaries of Mary, wrote that women were “forced” by priests intosexual liaisons in order to obtain certificates or recommendations needed for work in a diocese. O’Donohue also recorded cases where nuns were “recommend[ed]” by priests to take contraception, sometimes being told that oral contraceptives would prevent the transmission of HIV. The report included “disturbing” accounts of nuns impr_gnated by priests, including one case in Malawi where 29 sisters in one congregation became pr_gnant by priests in the diocese. Another example explained the case of a nun who became pr_gnant by a priest and was brought by that priest to a Catholic health institution to undergo an abortion. After the nun died during the procedure, the priest performed her funeral mass, O’Donohue wrote (Hedges, New York Times, 3/21). The National Catholic Reporter said that “no comprehensive statistics” exist on thesexual abuse of nuns, but the “frequency and consistency of the reports … point to a problem that needs to be addressed” (AP/Washington Times, 3/21).

AIDS and Africa
While the reports documented incidents of abuse in a number of countries, much of the abuse was linked to Africa and the continent’s AIDS epidemic, the New York Times reports. The priests in Africa often live in “isolated” areas, and fear contracting HIV from prostitutes and “other high-risk groups.” Many perceive nuns as “safesexual partners” who do not carry the virus, the New York Times reports (New York Times, 3/21). African attitudes toward celibacy and the “tradition of female subservience” in Africa also contribute to the spread of abuse, the AP/Washington Times reports (AP/Washington Times, 3/21). O’Donohue said that in some African countries, “priests have a liberal interpretation of celibacy,” adding that one priest once said that celibacy “in the African context” barred priests from getting married, but not from having children (New York Times, 3/21). In Africa, priests are often “better educated than the nuns,” and sometimes use “false theological arguments to persuade them [to have sex], suggesting, for example, that sex between two celibate religious [people] does not violate their vows of celibacy,” a report by Sister Marie McDonald, superior general of the Missionaries of Our Lady of Africa, stated (Willan, London Guardian, 3/21).

Vatican Response
The authors of the reports noted that church leaders often failed to punish or reprimand priests for incidents of abuse. In her report, O’Donohue wrote that while the priests involved insexual incidents were “usually given mild reprimands,” the nuns were often “forced out of the order.” And when one superior general “complained” to an archbishop about incidents ofsexual abuse, she was replaced. Rev. Robert Vitillo, executive director of the United States Bishops Campaign for Human Development, wrote in a 1994 report, “I myself have heard the tragic stories of religious women who were forced to have sex with the local priest or with a spiritual counsellor who insisted that this activity was ‘good’ for the both of them. Frequently, attempts to raise these issues with local and international church authorities have met with deaf ears” (New York Times, 3/21).

The Vatican yesterday “acknowledged” the reports, but added that the incidents ofsexual abuse are “restricted to a certain geographic area,” without clarification (Reuters/Washington Post, 3/21). Vatican spokesperson Joaquin Navarro-Valls said, “Work is being done both on the training of people and the resolution of individual cases” (New York Times, 3/21). He added, however, that “[s]ome negative cases cannot let us forget the often heroic faith expressed by the large majority of those men and women in religious orders and of the clergy” (Mangan, New York Post, 3/21).