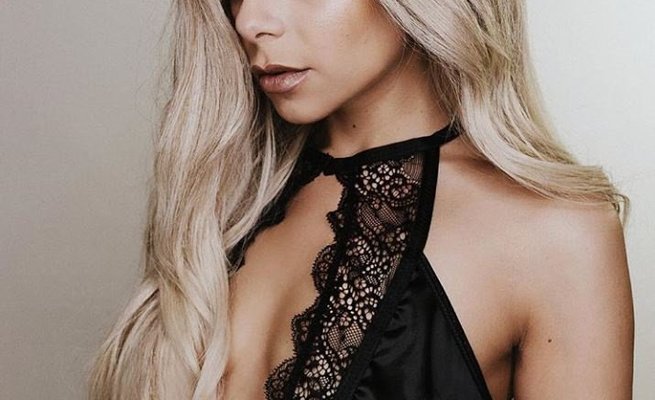 A MUM who has been single for three years says the reason she can’t get a boyfriend is because she can’t get enough of her sex toys.

According to the Sun, Elysia Downings (28) from Derby, England started collecting sex toys at the age of 17.

Elysia describes herself as “hypersexual”, which means she has an extremely frequent or suddenly increased desire for sex.

She says she masturbates as many as 10 times a day.

She said: “I can find myself getting a bit moody if I haven’t had an orgasm. The more I use my toys, the more dependent I become. It feels similar to a cigarette addiction when you get cravings.”

Elysia, whose only son is six years old, has found her dedication to sex toys an obstacle to finding a boyfriend.

She told the Mirror: “The guys have to accept that anything with batteries will always get the job done quicker and more efficiently.

The plus side, says Elysia, is that she depends on no one but herself – and her sex toys – to bring her to orgasm.

Elysia said: “My sex toys won’t judge my naked body if I feel self-conscious. They won’t cheat on me and they won’t break my heart.”