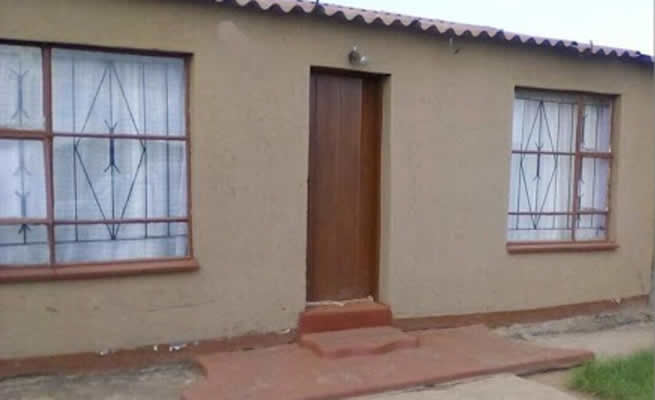 Victor thinks the doors are artistic and make it easy for everyone to move from one room to the next.

But his daughter Mbali Zuma (33) does not agree.However, a Katlehong madala has made it possible!

Despite his daughter fuming at the maze house, the madala thinks the doors are artful. And they make it easy for everyone to move easily from one room to the next.

All hell broke loose last week when the madala wanted to add another door to his collection. Mbali stopped him to make sure he didn’t bring the house down. Mbali took the SunTeam on a tour of the house, showing where every door led.

From the outside, one would think the house in Credi Section, Ekurhuleni, was just an ordinary house. But each room has about four or three special doors.

The main bedroom, which belongs to the madala, has two doors, with one leading to the toilet and the other to the kitchen. Some rooms, like the lounge, have four doors, which Mbali thinks are not necessary and potentially dangerous.

Speaking to Daily Sun, Mbali said the doors expose them to danger and may cause the house to collapse.

“Some of these doors can’t be locked, which could lead to thugs using them to rob us in the evenings. Some unknown man once entered the house with one of these doors and tried to rob us. Besides that, the many doors will make the house unstable, as it was built long ago,” said Mbali.

Each door in the house leads to other parts of the house, while some lead to the pavement outside the house.

Asked about the many doors, he simply said: “This is art. More than anything else, these doors make it easy for one to move through the house.”