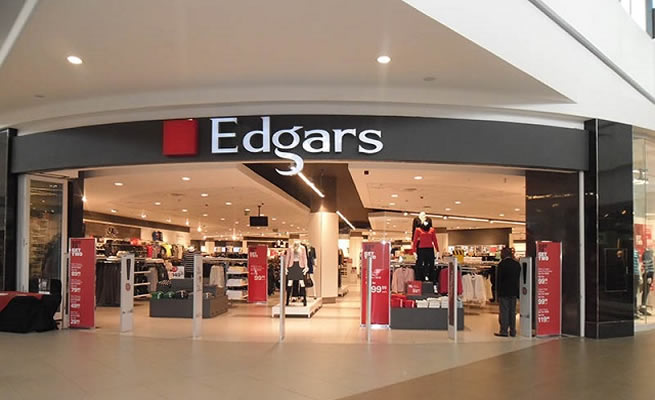 Retail giant Edcon, owner of Edgars, a South African shopping staple for almost 90 years, is on the brink of collapse, putting 140,000 jobs at risk and dealing a massive psychological blow to the economy.

The debt-laden company's troubles have been laid bare in a letter to shopping-mall landlords, who have been told that Edcon will go to the wall unless a package of aid measures it has proposed are accepted.

Experts are warning that the collapse of Edcon, which opened its first store in central Johannesburg in 1929, would be SA’s biggest single jobs loss in its history.

The Sunday Times has learnt that in a desperate bid to stave off liquidation, Edcon has held out the begging bowl to landlords, seeking a two-year 41% “rent holiday” in exchange for a 5% share in the business.

In a letter sent to its 31 biggest landlords this week, Edcon warns that unless its remedies are accepted, “it is highly likely Edcon will enter into a liquidation process” risking 40,000 direct and 100,000 indirect jobs.

The group is also seeking R2bn in emergency funding from its owners and the state-owned Public Investment Corporation (PIC).

The dramatic SOS constitutes Edcon’s third restructuring in three years to stave off the bankruptcy of what was once one of SA’s most profitable retailers, now battling a mountain of debt, poor management decisions and changing shopping tastes.

The letter says that a R1.2bn bailout from the PIC and R700m from its owners — banks and global investment funds — depends on landlords’ rental reductions of 41%. Landlords were given until Friday to sign a letter of intent, but were keeping mum on discussions due to nondisclosure agreements.

Analysts said lowering rents would have serious repercussions, not least for the malls where Edgars is a standard anchor tenant. But the alternative — the closure of Edcon’s 1,300 stores — would be an even bigger jobs bloodbath.

Economist Mike Schussler said that should Edcon go into liquidation, it would be “by far the biggest single job loss ever” in SA.

Edcon, which owns Edgars, Jet and CNA, has more than 4-million account holders and occupies 6% to 7% of SA’s retail space.

In a follow-up letter sent four days later, which the Sunday Times has seen, it said it was in the “national interest” to prevent liquidation.

It gave landlords until this past Friday to sign a letter of intent, with binding agreements to be signed by January 15. The new equity would be implemented by January 31.

The letter said Rothschild & Co investment company had been trying to find a global company to buy Edcon but “the disposal process was unsuccessful in attracting an interested party to acquire the business”.

“Edcon has been struggling with excess financial leverage, an over-leased state [too many stores] and declining credit sales.”

An Edcon spokesman said there is “no comment at this stage”.

Pareto’s portfolio includes Southgate and Westgate malls, Bloemfontein’s Mimosa Mall, Cresta in Johannesburg, The Pavilion in Westville and a share of Sandton City. It is owned by the Government Employees Pension Fund.

“Unfortunately, there was a confidentiality agreement that was signed by all parties. Edcon was mandated as the party to respond to all queries,” Sathekge said.

Pieter Prinsloo, CEO of Hyprop, which

owns Rosebank Mall, Canal Walk and Cape Gate among others, as well as Growthpoint Properties MD Estienne de Klerk, said they could not comment due to the nondisclosure agreement.

“What I can say is that we are in discussion with Edcon and its financiers at this point, exploring various alternatives which do not include rent reductions,” De Klerk said.

Trading analyst Lester Davids said the space that would become available if Edcon stores closed could bring down rentals overall in the affected malls “as landlords could be hard-pressed to find tenants to fill so much space”.

He said if the proposal was agreed to, mall owners would be getting lower rentals from Edcon, which would put pressure on what they paid out to shareholders.

But Edcon going under would be even worse, he said.

“The closure of Edcon would have a ripple effect as a large number of employees would be out of work, meaning these employees’ bonds, cars and store card repayments may not be paid.”

The head of listed property funds at Stanlib, Keillen Ndlovu, said that though 41% was a big discount, it was better than Edcon closing.

“It’s a material decline in rent but it’s better to let Edcon survive than to have our malls and shopping centre vacancies increase by 6% to 10% [and it will] save tens of thousands of jobs.”

He said JSE-listed property funds’ exposure to Edgars was 2% of all their rental income. Earnings for property funds next year would be down 1% if Edcon rent dropped by the proposed 41%.

“Landlords are negotiating hard, but we believe they’ll do their best to keep Edcon by agreeing to reduce rents to a certain level.”

Schussler said Edcon was in a good negotiating position to drive down rentals as it occupied so much retail space as landlords wouldn’t want approximately 7% of their retail space standing empty.

However, lower rental incomes for malls would also have an impact on ordinary South Africans, as many pension funds had investments in property companies.

The 920,000 people currently on private pensions, with a lot of exposure to property companies, could be affected with lower pension payouts, he said.

Cosatu general secretary Bheki Ntshalintshali said the federation would “really be concerned … particularly when unemployment is so high”.

He urged property companies and Edcon to come to a deal, and to include the unions and the PIC in negotiations.

“Reduce the rent, let Edcon get on their feet so they can continue to support 40,000 workers”.

Edcon, which analysts believe is planning to cut up to a third of all shops, has promised to close its Jet, CNA and Edgars stores only when leases end, giving property companies a chance to find new tenants.

But with mall vacancy rates at 5.5% — the highest in 15 years — this could prove tricky for property companies.

Edcon has faced a battle for survival since 2007, when US consultancy Bain delisted it from the JSE and borrowed R25bn in mainly foreign currency to take it private.