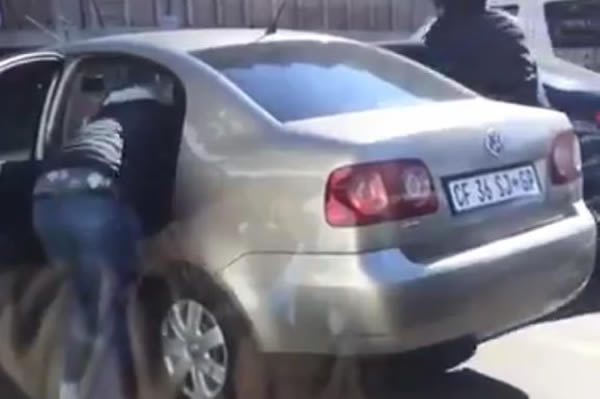 A woman whose hair became entangled in her seat belt when she was pushed from her car by hijackers was dragged by the speeding car in Umbilo‚ Durban‚ late on Wednesday night.

As the men attempted to flee‚ the screaming victim was hauled across the tarmac as she struggled to free herself.

The gunmen‚ who had forced her from the driver’s seat on Prospect Road in Umbilo‚ eventually abandoned the hijacking and fled.

Community crime activist Heather Rorick said the woman was badly wounded‚ with skin ripped from her legs and arms as she was dragged.

“The lady had been with her friend in her car when two guys came to them and held a gun to her head‚” she said.

“They jumped in and pushed the lady out but as they did this her hair got stuck in the seat belt and they just drove off. They dragged her by her hair for quite a distance before she eventually got free.”

Rorick said the woman had been badly wounded but her screams alerted passersby and seemed to spook the hijackers‚ who took off on foot.

“People chased them into Umbilo Park but unfortunately they got away‚” she said‚ adding that the woman had been rushed to hospital.

Police spokesman Lieutenant Colonel Thulani Zwane said they had no record of the incident.