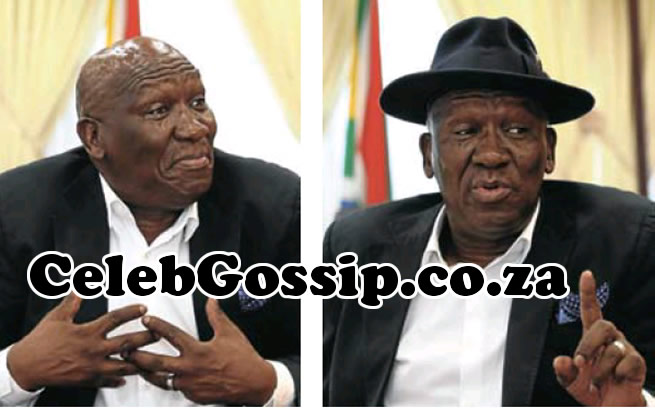 Police minister Bheki Cele has responded to mounting calls for him to resign amid mass shootings‚ violence and death in parts of the country.

Dozens of people have been shot dead and injured at taverns and venues over the last few weeks‚ with the latest at Mariannhill‚ KwaZulu-Natal‚ where seven people died.

Speaking to the media outside Nasrec‚ Johannesburg‚ where the ANC held its sixth policy conference at the weekend‚ Cele suggested all those calling for him to resign are not privy to the amount of work he has done to fight crime.


“There are many crime scenes I’m not ‘hopping’ to because they’re not happening. Those who know are calling for me to stay‚” said Cele.

Little educated Bheki Cele, whose highest academic qualification is a teaching Diploma, said there are areas where police can’t do their jobs due to access.

“If you go to the Western Cape‚ there’s a place called Covid-19 and another called Sanitiser. Those are the places you’ll find no roads‚ no lights‚ no house numbers. Just nothing.

“ We’ll have to work together but police will have to continue to do their work‚” he said.

This is not the first time Cele’s leadership has been called into question.

Earlier this year‚ political parties‚ including the DA and EFF‚ called for his resignation after a report found the police service responded poorly to the unrest and looting in July last year.

Cele said he would happily step down‚ but only if President Cyril Ramaphosa made the call.

Speaking on eNCA’s Power to Truth with JJ Tabane‚ Cele said: “I don’t employ myself. I believe if somebody can do better‚ they must come and do that.

“The president doesn’t even have to ask me to resign. He can just ask me to go and I will go‚ happily so.”

The calls were amplified after mass murders at taverns in Gauteng and Pietermaritzburg last month.

The EFF said policing under Cele had collapsed and criminals had “graduated from petty crimes to co-ordinated acts of terror”.

“The tavern shootings give credence to the EFF’s long-held view that policing in SA under Bheki Cele has collapsed. Criminals have confidence the justice system has no capacity to hold them accountable‚” said the party.

“While Cele is preoccupied with accumulating money‚ policing and factionalising the police department‚ South Africans die in their numbers. His PR stunts of visiting sites of crime after the fact serves no purpose‚ as criminals are not discouraged by his crocodile tears after people have died.”

“For years‚ the police service has been understaffed‚ under-resourced and undertrained. Police also had to bear the burden of minister Cele’s political interference and perpetual infighting between the minister and former national police commissioner‚” Whitfield said.

He claimed there had been a reduction in the number of detectives and resources available to those investigating crimes since Cele took over as minister.

“Minister Cele has completely lost touch with the reality ordinary South Africans face. His disdain for concerned citizens at a meeting in Gugulethu mirrors incompetence in addressing the failings of the police service.”