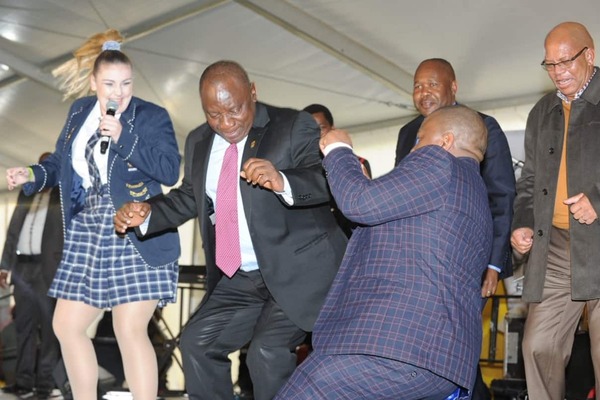 THE scrapping of the ANC’s step-aside rule may not affect President Cyril Ramaphosa, who is facing Farmgate-related criminal charges.

This is because money plays a huge role in ANC elections and the governing party is currently full of people who are “heavily invested” in his presidency.

In addition, Ramaphosa’s opponents do not seem to have deep enough pockets to buy delegates. Possible adverse findings by the public protector against Ramaphosa will not necessarily translate into the National Prosecuting Authority (NPA) charging him.


This is according to three political commentators who spoke to Pretoria News, amid calls by the ANC in Kwazulu-Natal and Limpopo for the scrapping of the controversial rule. It bars members who have been charged criminally from occupying office and contesting leadership positions.

Mpumalanga and the Western Cape have passed a resolution supporting the step-aside rule.

This comes as 2 000 ANC delegates converged on Nasrec in Gauteng for the party’s national policy conference this weekend. It is expected to set the tone for the national elective conference in December.

Independent political analyst Gakwi Mashego said political campaigns were an expensive exercise, and needed fundraising to be done years before an elective conference, because money does exchange hands at ANC conferences.

“A few months is a limited space, because in the ANC it’s not about the words that you can say to inspire comrades to vote for you. It’s all about fund-raising and money exchanging hands. For anyone to go around looking for a donor to give them R2 million to topple a billionaire incumbent is a fantasy.

“Comrades understand the language of money and what they stand to benefit after the conference,” Mashego said.

“Lastly, it is obvious that Ramaphosa has delivered to the capital in the past five years. All he has to say is that ‘give me another five years and I will deliver more’. Anybody who wants to raise more funds than Ramaphosa will have to triple their efforts, and I don’t see anyone managing to do that.

“Currently, Ace (Magashule) is facing charges, David Mabuza is not trusted, and Zweli Mkhize is tainted. In the end, provinces can talk policy but money will win the day just as it did in Nasrec.”

According to Dr John Molepo, the scrapping of the rule would have no bearing on Ramaphosa, because the outcome of the public protector’s investigation into Phala Phala would not necessarily result in the NPA charging the president.

“The scrapping of the step-aside rule is not being demanded to favour Ramaphosa but those people it has adversely affected. Even if the deputy public protector finds against Ramaphosa, this will not necessarily translate into the NPA charging him.

“This means whether the step aside rule is scrapped or not, Ramaphosa will not be affected. Some ANC leaders just want to be able to participate in the party’s affairs, not to contest the president,“said Molepo.

“The current ANC is full of people who are heavily invested in the Ramaphosa presidency. As we speak, Ramaphosa is in deep trouble. There is enough evidence that he is guilty of several crimes, including demonstrable violation of his office. But he is still in office.

“Thanks to mainstream media, his misdeeds are being swept under the carpet.

“Secondly, Ramaphosa is the worst president that the ANC has had so far. He achieved nothing in the last four years.

“Again we have judges who seem to be beholden to him. But his misdeeds are likely to catch up with him,” said Seepe.

Mpumalanga ANC insiders said that they resolved not to support the scrapping of the step-aside rule, because it will compromise the chances of their preferred presidential candidate.

“You never know what will happen at the conference. There is a high possibility that Ramaphosa will be out before the elective conference sits.

“So, allowing the step-aside rule to be scrapped will bring in people we do not want as a province, because we have our own preferred candidate whose moves we do not want to publicly disclose,” said an ANC insider.