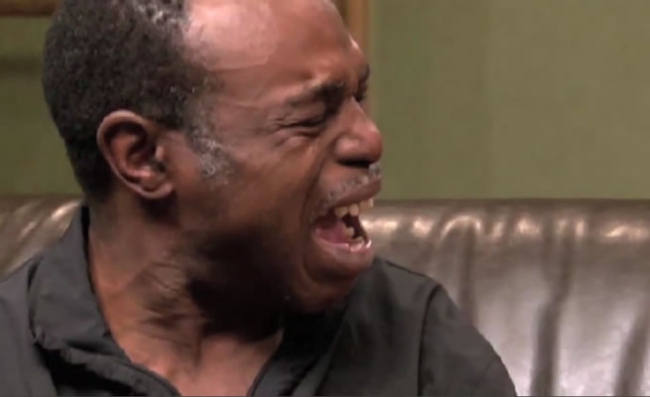 FOR 27 years, Sam Tshabalala worked hard to give his son the best he could. Sam paid for expensive schools and was always there for the child. But last month, his wife dropped a bombshell. She told sam he was not the father!

The 52-year-old from Benoni, Ekurhuleni said he couldn’t believe how his wife had betrayed him.

“All these years I’ve been telling myself I had a son and only now have I found he’s not my son. It’s a terrible thing to happen to a man because people will now be saying I raised an injazi child. I treated the child as my own, doing everything for him and even sent him to expensive schools, only to be told later in life I was not the father.”

Sam said when his wife broke the devastating news to him, he just froze and didn’t know what to say.

“It was as if the earth was going to swallow me up. I never thought my wife could do something like this.”

Sam said he suspected his wife was already pregnant when they first met and kept it a secret. The couple has separated since the truth came out. However, Sam said he would still remain a part of his son’s life.

“I love my son and I don’t want this to change things because he knows me as his dad.”

He said when his wife tried to tell him the first time, he thought she was joking.

“I asked her if she was fine in the head. I couldn’t believe it,” he said.

Sam told the SunTeam he believed his wife had been haunted by the secret for a long time and couldn’t keep it any longer.

“I don’t know what made her do this after 27 years of marriage. This has made me mistrust women. You know a child as your own and then they tell you that you’re not the father. What does this do to a child? My wife destroyed me. My life was turned upside down and I had to close my panel beating business.”

Sam said he wasn’t even thinking of getting DNA tests as he believed his wife. When the SunTeam approached the man’s wife, Angel, she confirmed her son was not her husband’s but couldn’t say why she had finally come clean. She didn’t want to say who the real father was.

“We sat down as a family and spoke about it. Sam did everything for our son,” she said.

Their son said he saw Sam as his father and would continue to do so.

“I was devastated but I choose to be with the father I know,” he said.

“They need counselling to avoid bottling things up and to talk about what happened.”