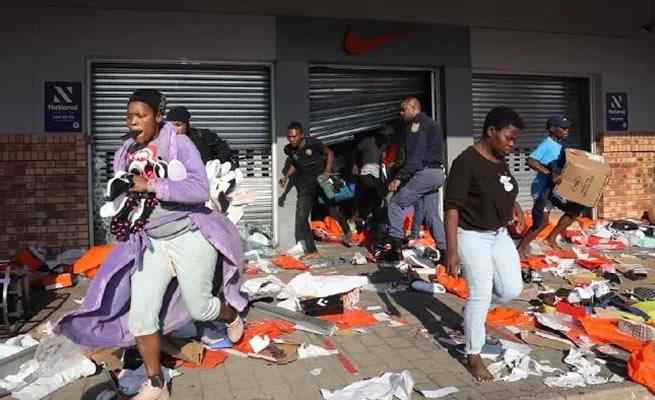 Fees Must Fall activist Bonginkosi Khanyile, 31, has been arrested in Johannesburg for allegedly instigating the recent unrest and looting in KwaZulu-Natal.

The Hawks did not confirm his identity, but released a statement confirming they arrested a 31-year-old man in Johannesburg.

"It is alleged that the suspect was involved in the incitement of public violence through social media and other platforms during the period of unrest in KwaZulu-Natal.

"He was arrested at one of the higher learning institutions in Johannesburg and was escorted to KwaZulu-Natal where he was detained," spokesperson Colonel Katlego Mogale said in a statement on Friday.

He is due to appear in the Durban Magistrate's Court on Monday.

The news crew contacted EFF spokesperson Vuyani Pambo who said the party had no comment on the arrest.The EFF Student Command was unavailable for comment at the time of publication.

Khanyile recently spoke on behalf of the Mchunu family during the arrest of former Ukhozi FM personality Ngizwe Mchunu.

Mchunu was granted bail in the Randburg Magistrate's Court in July.

He was accused of inciting violence linked to the unrest in KwaZulu-Natal and Gauteng, News24 reported.

Former president Jacob Zuma handed himself over to the Estcourt Correctional Centre in July to serve a 15-month jail sentence.

This led to a Free Jacob Zuma campaign.

What later followed was days of unrest and looting, mainly in Gauteng and KwaZulu-Natal.

Khanyile is no stranger to the law – he was previously sentenced to house arrest on public violence charges.

The court found he was a suitable candidate for correctional supervision, and was subsequently fined R5 000 (or three years in prison), suspended for five years.

This after he pleaded guilty to twice disobeying police orders to disperse, public violence and possession of a dangerous weapon – a slingshot which he used to pelt police with stones.