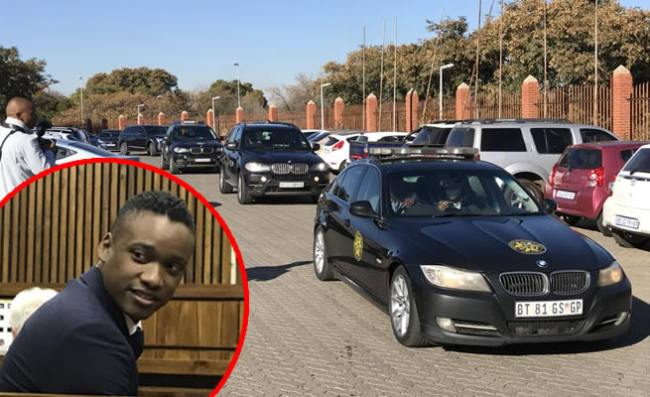 Controversial businessman Duduzane Zuma remains adamant about taking over leadership of the ANC, saying he is bringing “something different” to the table.

According to the son of former president Jacob Zuma, he has started gathering support from some ANC branches in KwaZulu-Natal to contest party leadership at the next national conference.

Speaking on Newsbreak Lotus recently, Zuma said he was allowed to “dream big” and was putting his name in the hat to run for ANC presidency in December 2022 and in national general elections in 2024.

He said his political plan was not to compete with anyone, adding that he was walking a different path.

“When it comes to competition, I’m not looking at anybody else. I’m not here to compete. I am here to do something different.

“If you’re saying I’m competing against someone it means we walk on the same path. I’m walking a completely different path. We’re going to do things differently and there’s no-one in that lane. That’s a lane I’m creating because I believe that’s the only way we’re going to overturn and overhaul the situation through the ANC.”

Zuma said he wants to be a part of “something different” and his move should not be compared to his father’s presidency.

This is not the first time the controversial businessman has spoken about his plans to run for president.

Earlier this year, speaking outside the Pietermaritzburg high court, he said an “interesting journey” lies ahead.

“The plans are on. We are going in and we are going in thick and fast. Keep an eye on it, this may be an interesting journey,” he said.

Last year, Zuma told 702 he believes many South Africans trust him to bring about change and would vote for him, despite his previous business ties with the controversial Gupta family.

He said his interaction with people was what informed his decision to embark on a political career and he denied claims his father had a hand in it.

“I didn’t just wake up and say, ‘Hey, let me start a political career.’ It was because of the people who believe in me and trust me to fight their fight. That’s where I am coming from.

“To say there is a [Zondo] commission going on and I have a negative persona, that goes without saying, but I am here and that’s going to change. There are going to be a lot of interactions. You’ll get to know me and enjoy me,” he said.