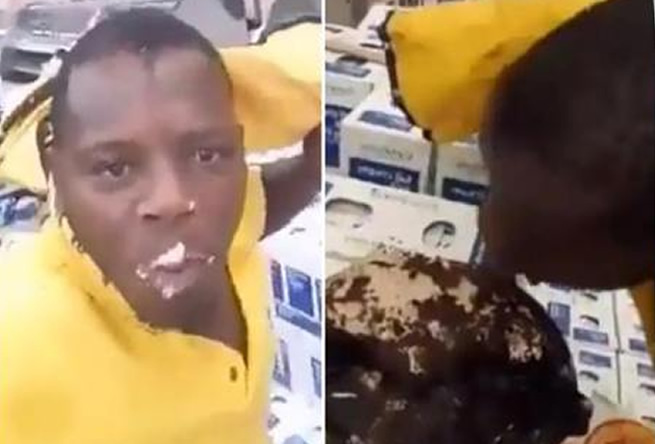 An employee who was caught on camera looting or stealing is walking on thin ice – and they can be fired.

Legal experts at Johannesburg-based law firm Cliffe Dekker Hofmeyr said there was footage of hordes of people involved in the widespread theft and vandalism that happened at shopping malls, warehouses and factories in Gauteng and KwaZulu-Natal last week.

The question is whether an employer can discipline employees and possibly dismiss them if there is evidence that they participated in the looting.

It depends on each individual case.

Pretoria-based company Ubuntu Wealth Management suspended its CEO with immediate effect after the police arrested him at a roadblock in Umhlanga, north of Durban, on July 13.

Qhawe Sithole (30) has been criminally charged for the possession of stolen goods found in his Jeep Wrangler.

Photos of the suspected stolen goods, including a washing machine in its packaging, were taken at the scene and distributed on Facebook. One photo shows Sithole with his wrists shackled with cable ties.

Ubuntu announced that it would first look into all the facts and the outcome of the criminal case before deciding on disciplinary action against Sithole.

At the same time, the company tried to do damage control by assuring its stakeholders and the public that the matter was receiving urgent attention from its board.

On its website, Ubuntu replaced Sithole’s photo with the stock picture of a woman, but his CV remains in place.

According to Gillian Lumb and Mbulelo Mango of Cliffe Dekker Hofmeyr, an employer can take disciplinary action against an employee who participated in illegal activities even if the employee was not wearing a work uniform or other apparel bearing the company’s branding during said activities.

In such a case, the employer must be able to show that the employee is well known among their clients and is linked with the brand.

If the employee is a security guard at a shopping centre, the employer can argue that they can no longer trust the guard to perform their duties due to their participation in the looting and rioting.

Generally, an employer does not have the right to discipline staff for behaviour outside the workplace and outside working hours, but this is not a blanket regulation.

There are cases where a company can directly take disciplinary action and even fire someone.

If workers have been involved in looting, companies do not have to wait for a criminal court to make a ruling. A disciplinary hearing can be considered before the case goes to court, says Cliffe Dekker Hofmeyr.

The courts have already ruled that workers can be fired for crimes outside the workplace if the crime affects the business and/or its reputation.

According to Cliffe Dekker Hofmeyr, evidence on social media has led to scores of employees being fired for misconduct outside the workplace. The best known examples are of people who have made racist remarks on social media.

According to Abrahams & Gross Attorneys in Cape Town, a company can in certain cases be harmed by a perception among the public that it employs unreliable people or people of a bad character.

The company must be able to show that it has a legal interest in the worker’s behaviour. There exists a link between said behaviour and the business if it limits or makes the business’ efficiency, profitability and/or continuing operations unsustainable.

If such a connection cannot be proven, the worker’s actions will be regarded as non-work-related behaviour.