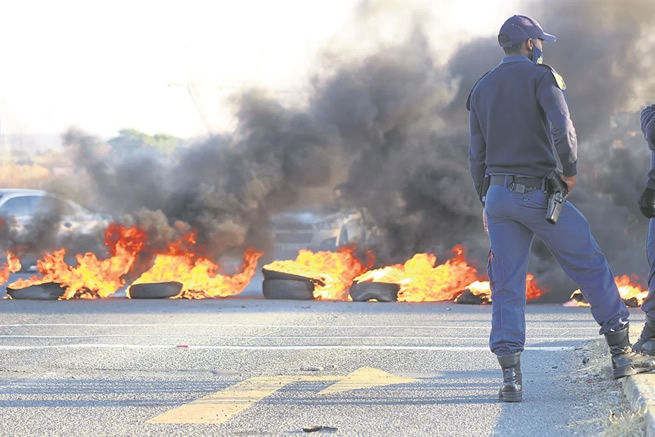 It’s believed that those behind the demonstrations are against the incarceration of former President Jacob Zuma.

Government authorities in KwaZulu-Natal (KZN) have called for calm and maximum restraint following sporadic protests in various parts of the province on Friday.

It’s believed that those behind the demonstrations are against the incarceration of former President Jacob Zuma.

Zuma was sentenced to a 15-month jail term after the Constitutional Court found him guilty of being in contempt.

On Wednesday, he was admitted to the Estcourt Correctional Service centre after he shunned an apex court judgement that directed him to appear and testify at the State Capture Commission.

Police KZN had their hands full as there were various attempts to block roads and cause disruption.

Major roads including the N2 and N3 were targeted.

The M7 which is a cargo transit route to the port of Durban was also affected.

Premier Sihle Zikalala said, “Several vehicles were reportedly stoned, and millions worth of public infrastructure damage, resulting in many commuters not being able to reach their places of work. We call on those who are protesting to do so through peaceful means and avoid violence and destruction at all cost.”

At the same time, Police Minister Bheki Cele who visited the province on Thursday, said multi-disciplinary operations were under way and they are considering charging those involved with counts of economic sabotage.