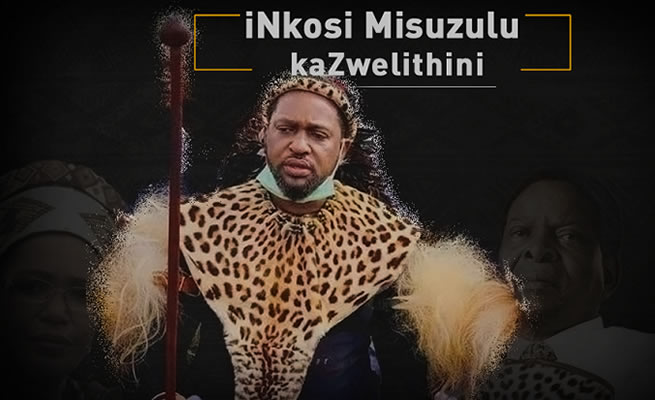 Though the Amazulu traditional prime minister Prince Mangosuthu Buthelezi has maintained that the nation’s has been given a clean bill of health,

Celebgossip.co.za has learnt that he was hospitalised due to an undisclosed condition.

According to royal insiders, the illness of the king, whose legitimacy to the throne is being challenged by his siblings, has been kept on the hush-hush after he was admitted to hospital in a serious condition last week.


“For weeks now he hasn’t been feeling well. Initially, we all thought that he might be suffering from fatigue, but his condition worsened. He then started exhibiting symptoms of serious flu,” a royal insider who didn’t want to speak on the record told Sunday World yesterday.

“This led to him being admitted to hospital for medical observation. For now, we do not know what the cause of his unwellness could be.”

Misuzulu’s no-show at major ceremonies at the royal house fuelled speculations that he had severe health problems. Last week, the king, who is yet to be installed, missed a crucial media briefing where the royal house notified Amazulu nation on the ending of the mourning period for the late King Zwelithini kabhekuzulu.

The briefing was also aimed at addressing the kingship status amid the court application challenging the nomination of MisuZulu to the throne. It emerged at the briefing that the king did not attend the pivotal cleansing ceremony and the hunting ritual, known in Isizulu as ihlambo. According to Isizulu cultural norms and beliefs, the reigning

For weeks now the Amazulu king has not been feeling well

King Misuzulu should have presided over the rituals.

Sources at the Ethekwini Hospital and Heart Centre, a Durban-based private hospital, also confirmed to Sunday World that the king was this week admitted at the hospital.

“We all knew that somebody important was at the hospital because of the heavily armed bodyguards and the police presence. We later found out that it was in fact the king who had been admitted for medical observation,” said the insider.

She added that it was not clear what tests were conducted on the king. “I think it might be related to some unknown complications. He was at the hospital for a day or two,” she said.

This week, Misuzulu also issued a communique postponing a prayer meeting commemorating his great-grandfather King Dinuzulu. The ceremony was scheduled to be held this weekend for two days. The king said the postponement of the gathering was due to Covid-19 protocols prohibiting large gatherings.

“I wish to inform the Zulu nation that the prayer will not take place on 26 and 27 June. It will be held at a future date when doing so will be both safe and legal,” read the communique.

Sunday World has learnt that concerns surrounding the health of Misuzulu have been exacerbated by the death of his mother, Queen Regent Mantfombi Dlamini, in April under mysterious circumstances. The queen, who was Zwelithini’s third wife, succumbed to an undisclosed illness, but it is widely believed she was poisoned after deadly toxins were found in her liver.

There are also allegations that the bad blood between the royal siblings over the throne had led to her being targeted.

The deadly contest for the Amazulu throne was also laid bare by Buthelezi this week. He painted a gloomy picture, saying if it were not for the constitutional democracy that the country enjoys, a deadly war would have long ensued between the warring factions.

Buthelezi’s spokesperson, Liezl van der Merwe, said: “His Majesty the King met his sister yesterday and he subsequently issued a statement on the meeting, so I am not aware of your information. He is clearly working and healthy.”