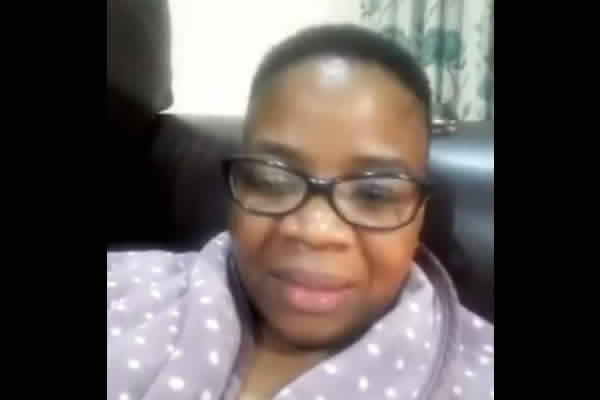 LIMPOPO Department of Health Human Resources manager Daisy Maseleme, who was last week caught in a sex scandal, allegedly says she has been blackmailed.

This is according to a message between Daisy and her friend that was posted on Facebook.

Read the message, said to be from Daisy: "I don’t have the money he’s asking for. If he decided to leak the video he took of me without me being aware. I hope blackmailing me makes him feel better."

Daisy, barred from speaking to the media about the leaked footage, became the talk of Mzansi when a clip of her performing sexual acts during a video call with her so-called nyatsi surfaced.

According to the leaked sex video, Daisy is seen playing with her private parts for two minutes and 43 seconds and ends with her acting as though she is having an orgasm.

When the news crew contacted Daisy, the man who answered her phone said the manager’s family had banned her from conducting media interviews.

“We’ve been instructed to not allow Daisy to speak to the media,” the man said.

Social media was abuzz when the video was leaked. Some social media users sympathised with Daisy, while others found humour in her dilemma.

The news team has established that Daisy is married to Tshepo Maseleme, who works at the Department of Health.

According to information given to the SunTeam, Daisy was not aware that the call was being recorded. In the video, Daisy is heard asking the sex video guy which position he likes the most. While they’re busy chatting, the guy on the other side is seen playing with his penis.

Tshepo and the video guy could not be reached for comment.