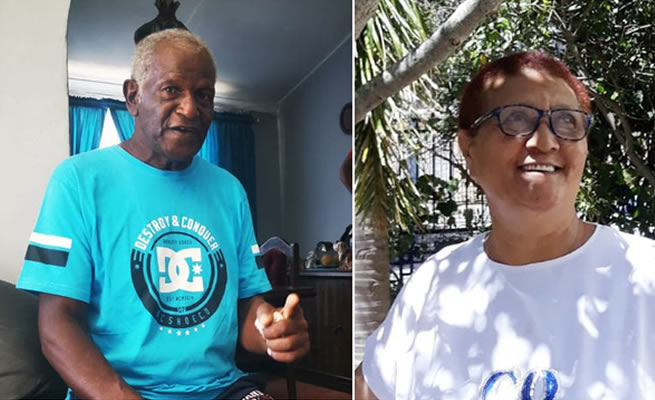 A heartbroken oupa from Heideveld was left sobbing in a holding cell on Wednesday after traffic cops arrested him for speeding when he rushed to say goodbye to his dying wife.

Arnold Tembo, 70, says he has been left traumatised by City of Cape Town traffic cops who he says refused to listen to him as he begged them to let him go to his wife Joan, 74.

“I have not seen her for almost a month now. We were both diagnosed with Covid-19 and the last time I saw her, they were wheeling her away from me,” he says.

“She got water on the lungs and had to be taken to Groote Schuur Hospital and for the past two weeks, she was at Lentegeur Hospital.”

Arnold says he received a call from the doctor after noon who informed him that his wife was dying. He then rushed to the hospital.

“I can’t even remember but I drove fast to get to her so she didn’t have to be alone,” he says.

“We have been married for 36 years and I just wanted to be there to hear her last words. The cops pulled me over at the intersection of Vanguard Drive and the R300 and arrested me. They were rude and arrogant and didn’t even want to listen to me. They just arrested me and took me to Manenberg Police Station. They let me out after three hours and when I got to the hospital, the doctor just cried with me.”

Traffic Services’ Maxine Bezuidenhout, says the vehicle was spotted on Klipfontein Road “travelling at an extremely high speed” and officers pursued him with sirens wailing.

“At the intersection of Klipfontein Road and Jakes Gerwel Drive, the motorist drove through a red robot without reducing speed,” she says.

“On Govan Mbeki Road, on the bridge, he overtook motor vehicles on the right, almost crashing into two oncoming vehicles. Submissions made by the officers were that the motorist, apart from the fact that he almost collided with other vehicles, also put the lives of other motorists in danger.”

Arnold will appear in Athlone Magistrates’ Court in April and intends to fight the charges.