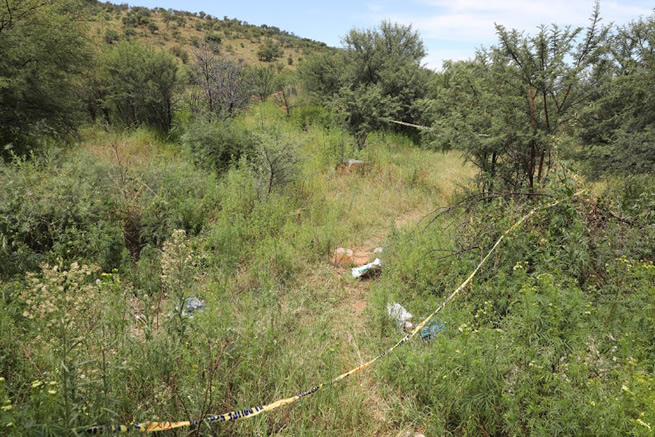 The mother of a 15-year-old girl who shot and killed the man who raped her, by shooting him with his own gun, says her daughter had to defend herself against her attacker.

The girl, who cannot be named to protect her as a rape victim, was accosted by a man in Wedela, Carletonville, on Saturday and was forced into a bush where she and a male friend were robbed at gunpoint before the assailant raped her.

The attacker ordered the girl to strip and lie on the ground and as he began raping her she reached for his gun and shot him.

The victim's 34-year-old mother said she was relieved that her daughter was brave enough to protect herself during the incident.

“I don’t condone murder, but my daughter was protecting herself. She will have to live with the trauma of being a rape victim and knowing that she killed someone as well. It's bittersweet, but we will support her no matter what happens,” she said.

The mother of seven said her daughter was still in hospital where she was receiving counselling therapy after the ordeal.

W/O Levy Molepo, Wedela acting station commander, told Sowetan that police were awaiting DNA evidence to confirm whether the deceased was behind another rape of a 15-year-old that occurred two weeks ago in the area.

“The victim in the other case said the suspect used the same modus operandi while he raped her. DNA evidence will determine whether he was behind that attack as well and whether we are dealing with a serial rapist,” he said.

Molepo said the deceased was a Lesotho national.

“At the moment I do not have his name, but I know that he was identified by his family.”

The victim's mother said that her daughter was about 700 metres from their house on Saturday night when she and her friend were forced into a bush at gunpoint by the armed rapist.

"The guy told them to give him their phones and valuables. They didn’t have anything of value and that’s when he instructed them to go to the bush,” she said.

She said that the man also pistol-whipped her daughter.

“He then searched them and fired a shot in the air to scare them. He tied her friend’s hands and legs and instructed her to take off her clothes. He then untied her friend and told him to have sex with my daughter while he watched. Her friend refused,” the mother said.

The woman said her daughter was so traumatised she did not know what to do and did not report the matter to the police immediately.

“She said she left the gun on top of the rapist body's before coming home. I cleaned up the gash she had from being assaulted and told her not to take a bath because we would go to the clinic and police in the morning.”

Ellen Mokoena, who lives about 400m from where the rape and shooting happened, said she heard a gunshot at night but did not think much of it because of the ongoing fights between illegal miners in the area.

“We were at a party just close to where she was taken, but we didn’t notice anything. Then we heard a gunshot and didn’t pay attention to it. I think she did the right thing [to fight back] as she was under attack,” Mokoena said.

West Rand district police spokesperson Capt Eddie Boboko said they were investigating a case of rape and an inquest.

“We have not charged the girl with murder because we are investigating an inquest. That inquest will give us direction on the next step of the investigation,” Boboko said.

Joan van Niekerk, a child rights activist, said the girl will probably suffer from long-term trauma considering that she was raped and she killed someone.

“She will need to have a very solid support system and get quality therapy for the long term because this was traumatic,” she said.