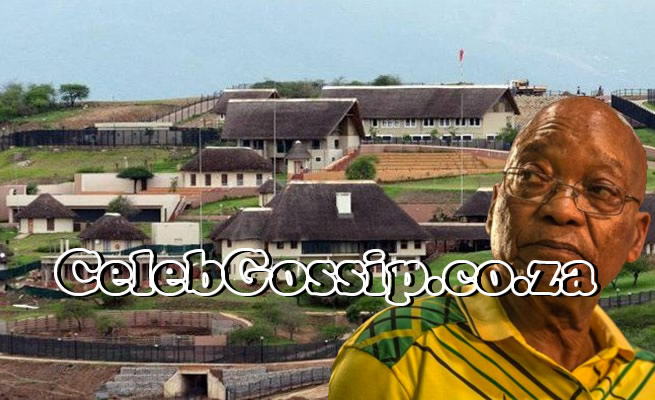 A security assessment has raised concern about activities outside the Nkandla homestead of former president Jacob Zuma, where “some” armed supporters have been threatening violence should the former statesman be arrested.

Celebgossip has learnt that Police Minister Bheki Cele was dispatched to Zuma’s home after information emerged that some of his sympathisers – taxi bosses and their drivers – were armed with illegal weapons.

The situation, according to a source close to President Cyril Ramaphosa, could lead to bloodshed. The source, who spoke on condition of anonymity, said Cele was sent to Zuma following the assessment.


“The old man has to be alerted not to be part of the activities that will destabilise the country. Remember that those people in the taxis are using illegal guns. They are happy to mislead him, they are making him look like he is strong,” he said..

“We are not afraid of Zuma’s political support, but of those outside carrying illegal guns and ready to kill.”

Zweli Dladla, the co-ordinator of the taxi associations supporting

Zuma in Kwazulu-natal, on Friday said some of their members had already joined umkhonto wesizwe Military Veterans Association (MKMVA) members camping outside Nkandla.

“We have received support from more than 40 taxi associations across the province. Some of the guys are already at Msholozi’s place while the rest of the associations will join this week. We are serious when we say this is war and we are up for it. What I can say to you is that watch the developments in the upcoming weeks. We are saying whoever tries to arrest Zuma, he has to deal with us first,” said Dladla.

It is understood that Cele’s motorcade was blocked by MKMVA members before he was allowed into Zuma’s home, where he raised security concerns about the activities outside the homestead.

ANC KZN secretary Mdumiseni Ntuli said Cele had informed them about his visit to Zuma. “undosi [a reference to Cele] called me about his intentions to visit the former president and talk to him. I advised him that this was welcomed as part of the ongoing talks that the organisation was having to try to reason with umsholozi [Zuma].”

Zuma’s homestead has also become a launch pad for the campaign to dislodge Ramaphosa. This week, a delegation of key ANC regions in Kwazulu-natal, Mpumalanga and the Eastern Cape – which included business people – visited Zuma.

emalahleni reportedly went to Nkandla to back Zuma’s defiance of a court order to go to the Zondo Commission.

One senior ANC insider who attended the meeting told Sunday World the regions discussed a plethora of issues with Zuma.

“We went to the president to show him our full support and give him strength in his fight against the forces of white monopoly capital. Our meeting was fruitful, and we now know what needs to be done,” he said.

Ramaphosa detractors want to use the party’s national general council in May to test the strength of his leadership.

Mzomuhle Dube, spokesperson for sympathisers and branches aligned to former ethekwini mayor Zandile Gumede, said: “We went there to support Zuma because he is unfairly prosecuted by his own comrades working with external forces. We also believe that a new programme of action must be drafted which will emancipate black people economically.”

Responding to a question on Cele’s deployment, acting Min

ister in the Presidency Khumbudzo Ntshavheni told Newzroom Afrika on Thursday that the police minister had to make sure there was compliance to law and order, adding “your military gear is worn and all other things … there must be a conversation about how that must be toned down or how that must be stopped because we can’t allow the law of this country to be disrespected irrespective of who you are supporting”.

Zuma’s son Edward rubbished assertions that the presence of MKMVA and taxi associations was a security threat. “The only threat to national security are people who will come to Kwanxamalala to try to arrest Umsholozi. We will kill before he is arrested.”

Cele’s spokesperson, Lirandzu Themba, referred Sunday World to a statement Cele made at the release of the latest crime statistics in Pretoria on Friday. “We are still having the Marikana [issue], many people believe something could have been done to prevent it. So it was on that score to speak to the former president to raise some concerns that were raised and to hear his concerns and to see where to take those concerns forward,” Cele said.

We went to the president to show him our full support

The backers of embattled ANC secretary-general Ace Magashule want the new guidelines forcing him to step aside pending his corruption case to be settled by the party’s mid-term meeting, the national general council (NGC).

Sunday World understands that part of the fight-back plan of Magashule and his allies is for structures of the party to push back against the guidelines compelling those criminally charged to step aside to clear their names.

The guidelines and procedures were last week adopted by the organisation’s national executive committee (NEC), the highest decision-making body between conferences.

But a battle is raging over the interpretation of the NEC outcomes on whether the guidelines should be implemented or subjected to discussions by structures of the governing party.

While supporters of President Cyril Ramaphosa are pushing ahead with the implementation of the guidelines, forcing those facing criminal charges to step aside, provinces with strong Magashule support are not implementing the guidelines, while others are cautious because of divisions. In terms of size and influence, the provinces that hold sway in ANC decisions are KwaZulu-natal, Limpopo, Mpumalanga and the Eastern Cape.

Last week, Ramaphosa used his closing address to call on those facing criminal charges to

step aside. However, Magashule, speaking at an impromptu press conference after his court appearance in Bloemfontein on Friday, said only branches could remove him from his position.

He said the NEC had taken a clear decision to refer the guidelines to structures of the ANC, adding that it was the national conference that was the party’s highest decision-making body.

Eastern Cape premier and ANC provincial chairperson Oscar Mabuyane, a Ramaphosa ally, this week used the guidelines to fire his health MEC Sindiswa Gomba, who is facing fraud charges related to former president Nelson Mandela’s funeral, and has also been implicated in the controversial R10-million procurement of 200 ambulance motorcycles for Covid-19-related emergencies.

ANC Eastern Cape secretary Lulama Ngcukayitobi said they were considering the names of more leaders facing criminal charges. “Their recusal will allow them time and space to dispel the allegations put to them. This is in keeping with the resolution of the 54th ANC national conference, which in no uncertain terms says all comrades who have been formally charged for corruption or other serious crimes must immediately step aside pending the finalisation of their cases,” said Ngcukayitobi.

But ANC Mpumalanga secretary Lindiwe Ntshalintshali said the NEC did not have a final say on the review of conference resolutions, which was a function of the NGC. She said her province was taking the guidelines to structures for consultation and would submit branches’ inputs to Magashule’s office.

Asked what should happen if the structures reject or set the guidelines aside, she said: “It is their power, we must convene an NGC and go there because these documents are conference documents.”

Moves were afoot in the party’s biggest region, ethekwini, to push back against the resolutions. A senior ANC ethekwini region leader said if the guidelines were implemented, it would mean most leaders in the party should resign. “Comrades in ethekwini are of a view that there must be a thorough consultation process and that this should not be done chaotically.”

ANC Limpopo secretary Soviet Lekganyane said: “The NEC has been developing guidelines. One among them is the selection of councillors. We reviewed them last year.

“Did you hear any leader or any branch of the ANC or any other lower structure saying that those guidelines must be taken to branches or provinces for endorsement?”