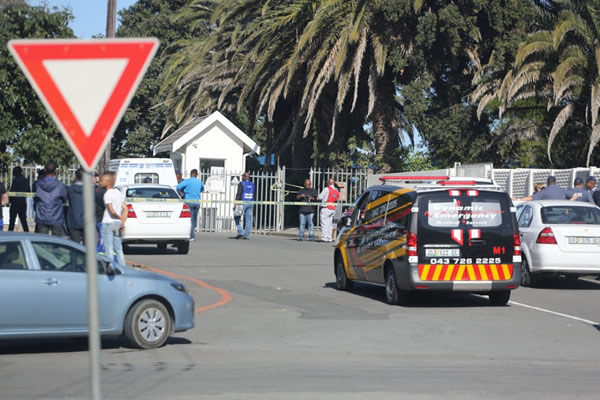 An on-duty police officer allegedly shot and killed his wife near the entrance of Voorpos Primary School in East London on Friday.

The woman had been attending an informal school governing body (SGB) introduction session when she was shot in full view of the school staff and management.

"Police were called on site and a case was opened with them," Eastern Cape Department of Education spokesperson Mali Mtima said.

"Apart from that, medics were also called [to] the scene by the school leadership, but declared the SGB member dead upon arrival at the scene."

"The circumstances surrounding the incident are unclear at the moment," he said.

The Independent Police Investigative Directorate is investigating a case of murder, Mzuku added.

MEC for Education Mandla Makupula expressed his condolences to the woman's family and friends.

"Our fraternity has been robbed of a selfless individual who sacrificed her own time just to ensure that our communities participate meaningfully in transforming our education to meet the societal needs," he said.

"May her soul rest in eternal peace. I hope her family will find solace in the Almighty."