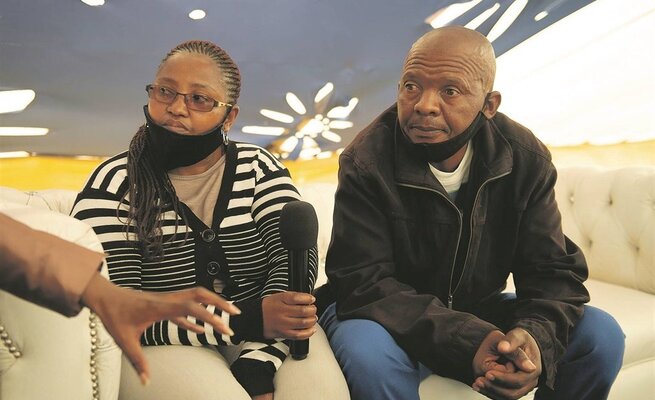 When it rains, it pours for Prophet Shepherd Bushiri!

This time he was called a liar after he left a family heartbroken and destitute.

ELICIA IBEKO says SHE INVESTED "BUSHIRI'S GOLD FOREX AND COMMODITIES SCHEME, BUT HAD NOT RECEIVED ANYTHING FROM IT.

The 46-year-old said she heard about the scheme when she visited the Enlightened Christian Gathering Church at Tshwane Showgrounds in 2017 and decided to invest in it.

However, she now regrets that decision as her family was left poor.

She said she was even begging for food from friends.

Felicia said she sold her Toyota Quantum for R130 000 in July 2017, so that she could invest in the scheme.

She claimed they were told they would be more than R1 million richer after six months.

"I'm heartbroken, abused and I'm struggling to send my child to university. There is no more peace at home. We are suffering,"

Her husband also paid R2 000 to attend an investment seminar in early 2017."My husband was told by Bushiri that the seminar will change our financial problems. He even said to my husband that as a child of God we should be rich," she said.

Felicia said the Quantum they sold was their source of income as their other taxi, an Inyati, broke down early last year and they didn't have money to fix it.

She said when they asked for their money from Bushiri, they were blocked and not given any answers. "We don't even have access to speak to Bushiri. My mother and father-in-law died last year and we struggled to bury them.

She said that people laughed at them that they gave money to Bushiri.

"We have lost our dignity. We were never poor, but today we are struggling to buy food and clothes for our children," she said.

"I appeal to him to give me the investment profits and the money I invested."

Malematja claimed there were more people in Mamelodi in Tshwane who are in the same boat as Felicia.

"We call on the people of Gauteng to distance themselves from Bushiri and his church. I believe Bushiri is not a prophet, but a fake," he said.

He said it was time the National Prosecuting Authority prosecuted Bushiri before Sanco invaded their offices.

He added that they were tired of fake pastors in Gauteng.

Archbishop Mbulelo Dyasi, president of South African Pentecostal Bishops Council, said they were disappointed, even though Bushiri was not one of their members.

"People like Bushiri should stop doing such things. People must also learn to open criminal cases," he said.

Dyasi said Bushiri should return the money. He added that the CRL Rights Commission should be given more powers so that it could hand over such cases to the NPA.

Sikelela Gaza, Congress of South African Students regional chairman in Ekurhuleni, said Bushiri should be arrested for all cases against him or they would march and shut him down."Our parents have been investing in Bushiri." He added that they could not allow a man of God to mislead their parents."He must return their money. Bushiri must pay back our parents money," he said.

ECG Church did not respond when asked for a comment.