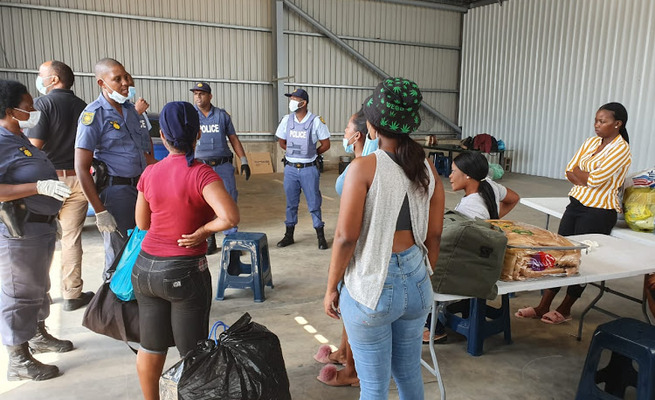 Several consumer complaints against a Durban business resulted in the arrest of the owner and the rescue of 14 workers who were locked in a factory and forced to make masks for six days.

KwaZulu-Natal MEC for economic development, tourism and environmental affairs Nomusa Dube-Ncube said that she was furious after hearing about the report back by officials tasked to investigate a complaint she received on Sunday.

“No amount of words could ever describe my anger following a shocking report I have just received from officials I assigned to investigate a complaint I received early this morning.

“This is in connection to more than 14 employees who have been locked up in a factory since Monday last week. They were forced to manufacture hundreds of masks to meet the demand caused by the outbreak of the coronavirus.”

Dube-Ncube said during recent visits to various retail shops and pharmacies, they discovered that some people were being forced to pay R780 for a single mask.

“Regarding this morning’s complaint, we are encouraged by messages of public disapproval of the blatant disregard of the laws of the country by the owners of a Chinese company Chen Lu located in Glen Anil, Durban.”

She said inspectors from the department's Consumer Protection Unit, who are investigating complaints of the violation of consumer rights and price hikes, have saved more than 14 workers who were subjected to inhuman conditions.

The workers were transported by police to their homes.

“The owner of the factory has been arrested and inspectors from the department of employment and labour are conducting an investigation. This is in relation to the violation of the Conditions of Employment; and Occupational and Safety Act,” she said.

Dube-Ncube hit out at the security guards for allegedly harassing and pointing automatic rifles at officials who went to the business site to investigate.

“I have implored law enforcement agencies to investigate this company. Importantly, they must ascertain whether a Chinese national, who was carrying an automatic rifle and harassing government officials, has the necessary permit. He must also be charged for defeating the ends of justice.

“I wish to reiterate today that our position as the department has not changed. We will continue to enforce our zero-tolerance policy towards price gougers who are using the coronavirus outbreak to sell much-needed food and other products at inflated prices.”

She said a team of experienced officials from the department are on standby to investigate complaints regarding excessive pricing and violation of consumer rights.

Police spokesperson Brig Vish Naidoo confirmed that a 53-year old man had been arrested for contravening regulations under the Disaster Management Act.

“Swabs were taken from the man to assess his health status and he is expected to appear in the Durban magistrate's court on Monday.”