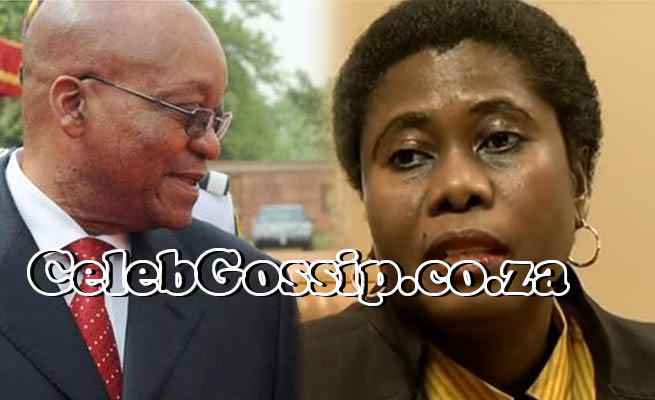 Two former intelligence ministers have been denied security clearance and cannot be posted as ambassadors after months of training for the job.

The Sunday Times has reliably learnt that Siyabonga Cwele and Dipuo LetsatsiDuba failed vetting and cannot get security clearance, which is a prerequisite for them to be sent abroad as ambassadors.

The State Security Agency (SSA) flagged what it says was Letsatsi-Duba’s improper relationship with former president Jacob Zuma as one the main reasons she was denied the top-secret clearance.

Letsatsi-Duba was due to be SA’s ambassador in Ankara, Turkey — an important post for SA’s interests in the Middle East.

Ramaphosa nominated the pair last year after they failed to make it back to the cabinet.

Insiders with knowledge of the matter said the head of the SSA domestic branch, Mahlodi Muofhe, wrote to the director-general of international relations, Kgabo Mahoai, informing him of his decision not to grant Cwele and Letsatsi-Duba clearance.

Insiders said that Muofhe claimed that Letsatsi-Duba lied about a “business relationship” with Zuma dating back to 2005 when she was an MEC in Limpopo and Zuma was deputy president of the ANC.

Letsatsi-Duba has claimed that she bought a number of cars through her family business for ANC activities at Zuma’s request. But Muofhe is said to have poked holes in that story.

The former minister was also accused by the SSA of under-declaring her financial position.

“Muofhe said she lacks integrity and honesty and cannot be trusted,” said a source.

Letsatsi-Duba was appointed intelligence minister in 2018 but axed from the job just a year later.

For more than a decade, Cwele held cabinet posts in various portfolios under presidents Kgalema Motlanthe, Jacob Zuma and Ramaphosa. During his term as intelligence minister under Zuma, Cwele was the subject of controversy when his former wife was jailed for sending a drug mule to Brazil.

The two former ministers are both members of the ANC’s national executive committee and Letsatsi-Duba was instrumental in helping to get Ramaphosa elected ANC president in 2017.

Letsatsi-Duba also denied the claim that she under-declared her financial position and lied about having R16m in a trust account. She is said to have stated that she only had R200,000 in that account.

She is said to have denied ever having a business relationship with Zuma.

Government insiders said this scandal would leave Ramaphosa red-faced in diplomatic circles and pose trouble for him in the ANC.

Those sympathetic to Letsatsi-Duba said Muofhe was “playing politics” with the SSA and its vetting process.

The former ministers attended four months of diplomatic training at the department of international relations & co-operation (Dirco) last year and completed their courses in December.

Their credentials had already been sent to the two countries ahead of their arrival. Diplomats are not received by a host country if there are questions about their credentials.

State security spokesperson Mava Scott would not answer questions sent to him.

“Vetting is a confidential exercise, which we execute under extreme conditions of confidentiality,” he said.

A senior government official with direct knowledge of the process said it was extraordinary that two former ministers of intelligence didn’t make the cut.

“SSA never discloses the reasons but they always have valid reasons — especially if you consider how senior these people are,” he said. The process was not political and was done by “professionals at SSA who check finances, contacts, activities, liaison, property etcetera. The criteria are applied with no bias.”

Dirco spokesperson Lunga Ngqengelele failed to respond to questions sent to him. Presidency spokesperson Khusela Diko said the presidency does not comment on vetting issues.

It has previously been reported that Letsatsi-Duba was a paid SSA operative while she was an MEC in Limpopo. The source said this “definitely was part of the reasons why her clearance was rejected”.

Letsatsi-Duba has vehemently denied that she was an agent while an MEC.

She could not be reached for more recent comment. However, sources close to her said she believed intelligence officials are seeking revenge for the changes and decisions she made during her tenure as minister.

“She is going to fight this and appeal it because she believes that there was a conflict of interest. The SSA was not supposed to vet her because of the conflict,” one source said.

The person said she believed the process was politicised.

Cwele was also unavailable for comment. Lobby groups and opposition parties had previously accused Cwele of treason after he was implicated in a report on the collapse of the intelligence agency.

Ambassadors are appointed through a recommendation from the ANC’s deployment committee or the minister of international relations. Once the president agrees, he sends a letter of nomination to the individual. If they accept, they are called to attend a training course of between three and four months’ duration. Government insiders said nominees ought to be vetted before they begin training.