After a difficult week that started on Sunday with allegations that she had engaged in an extramarital affair with Tshwane mayor Stevens Mokgalapa, Tshwane MMC for roads and transport Sheila Senkubuge has resigned as both an MMC and as PR councillor.

In a four-page letter (which you can read below) she said “attempts to vilify me” were detracting from her work and she did not want this to affect service delivery to city residents.

Mokgalapa took special leave after audio was circulated of him allegedly having sex with Senkubuge while also making several damning comments about his colleagues and political opponents.

They both later denied that they were in a relationship with each other.

Both the ANC and EFF expressed displeasure that Mokgalapa took special leave without consulting council.

A motion of no confidence attempt against him failed to be allowed on Thursday, which opposition parties slammed as an illegal move to delay his removal.

The City of Tshwane also said that they viewed the tape as an alleged extortion attempt against Mokgalapa.

The DA confirmed the resignation to News24 on Saturday morning.

“I can confirm that we have received her resignation letter,” provincial leader John Moodey said.

According to Moodey, a private citizen had also laid charges against Senkubuge, questioning whether she was eligible to hold a council seat due to her initially holding permanent residency before becoming a naturalised citizen.

When asked if her resignation was linked to the alleged leaked sex recording scandal, Moody said: “It is up to her at the end of the day, she needs to face whatever action she needs to face.”

In her resignation letter, she said that all she had done was “at the behest of the people”.

“Therefore, as much as it is with regret that I tender my resignation with immediate effect, I do so in order to not betray the spirit, the struggle and the sacrifice that our forebears made and the charge they gave us, which is to always put our people first, as articulated in the Batho Pele principles.”

She said residents had to continue getting “the best level of commitment and services from us, as their leaders”.

“I believe focus should always be on one thing and that is improving the quality of life of our people of Tshwane. I remain forever humbled and honoured to have been given the opportunity to serve.”

Mayoral spokesperson Omogolo Taunyane had earlier in the week said that both Mokgalapa and Senkubuge viewed the recording in “a very serious light”.

The city has claimed that demands from the “blackmailers” included the immediate reinstatement of four officials who were on suspension for violations of the Municipal Finance Management Act and other relevant statutes governing the conduct of officials of the municipality.

A case of blackmail and extortion was registered with the Brooklyn police.

“We expect law enforcement authorities to get to the bottom of these attempts to turn the municipality into a bastion of illegal activity wherein leaders are expected to turn a blind eye on such,” said Taunyane.

Moodey said at the time that their political leaders were conducting an internal investigation into the matter. 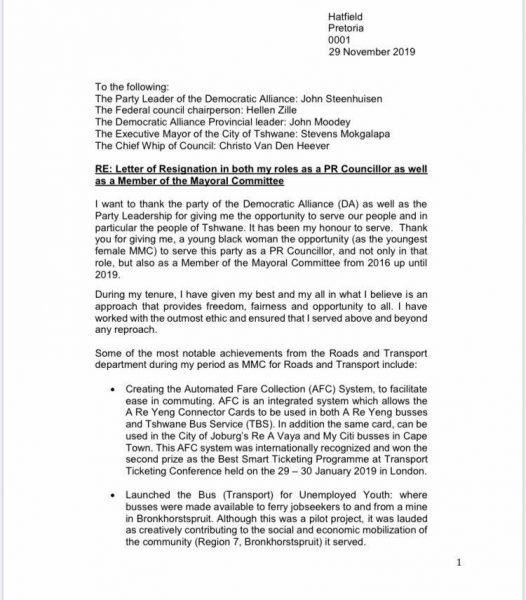 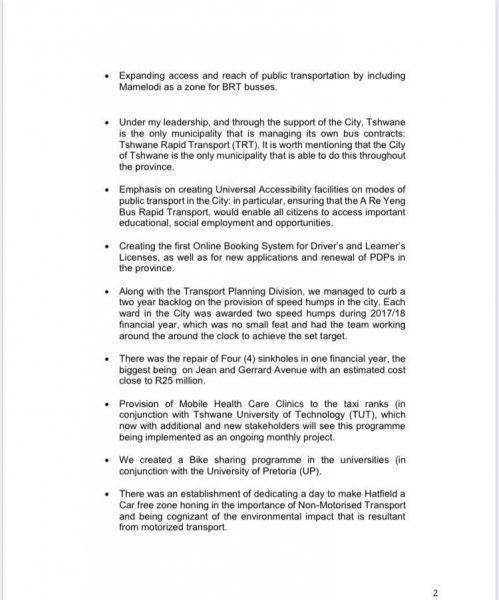 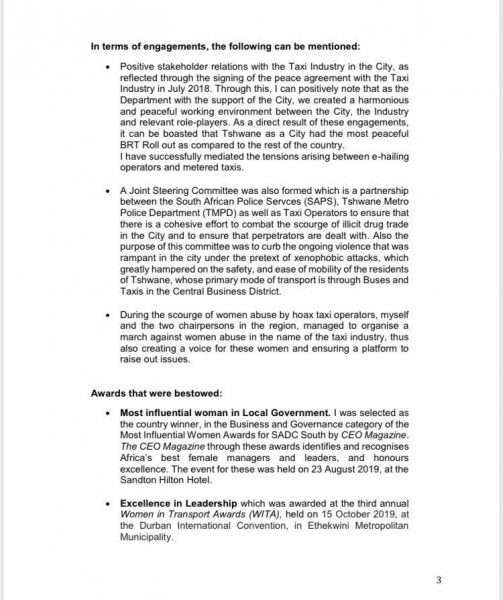 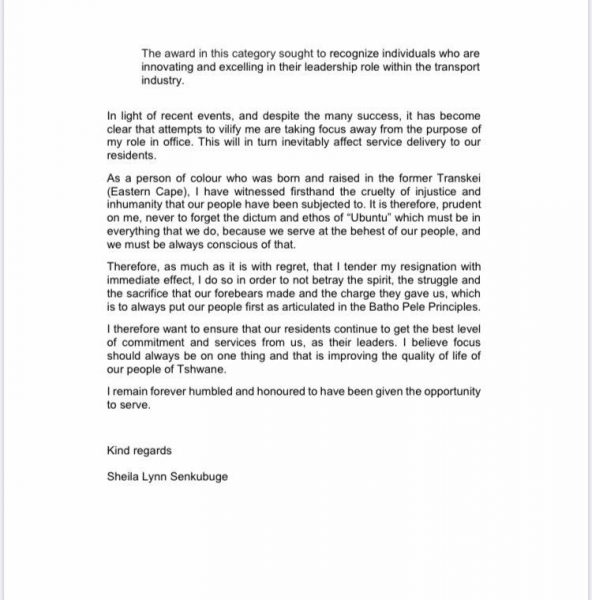