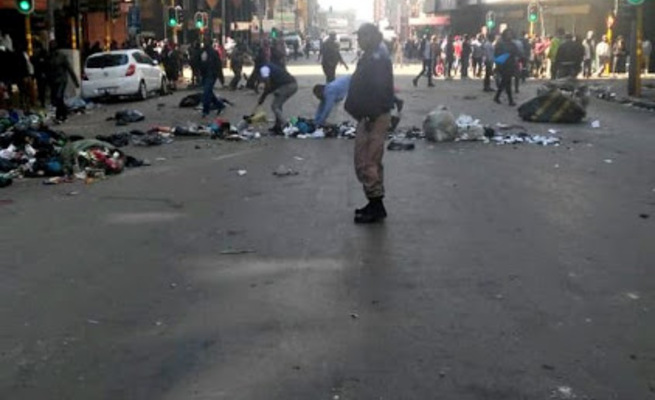 Law enforcement officers were attacked during a violent protest in the Johannesburg CBD on Thursday afternoon.

"Officers had to fire rubber bullets at the protesters to disperse them."

Motorists were advised to use alternative routes.

Police spokesperson Xoli Mbele could not immediately comment, saying he was "unaware" of the incident.

The reason for the protest was not immediately clear.