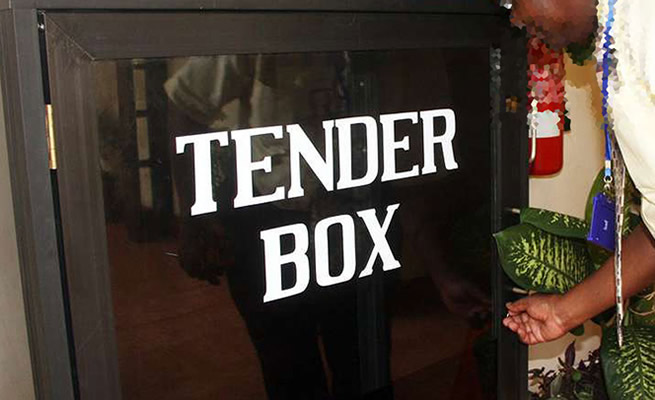 A former SAA cabin attendant is living the high life after marrying her army boss boyfriend. Now military police are investigating whether the major general “gifted” his spouse defence contracts worth R210m.

There are pictures of the couple on planes, on overseas holidays and in front of their R8.5m Dainfern, Sandton, home. In others she shows off her navy-blue Maserati, and the couple pose with a brand-new silver Range Rover.

Investigators smelt a rat when they examined some of the tenders Ntsondwa-Ndhlovu had secured. In one tender, for the transport of military equipment, rival bidders listed included companies that were later revealed to be a taxi business, a stationery supplier and a company that had closed down in 2010 — all of whom claimed to know nothing about any SANDF tender.

A fourth company said it had been invited to tender only five days before the closing date. The company was required to conduct a site visit in the Democratic Republic of Congo (DRC) before handing in its tender documents, making it impossible to meet the deadline.

Ntsondwa-Ndhlovu is also accused of falsifying documents and forging a signature in one of her submissions. She made headlines in 2007 when she accused her boss at SAA of harassing her sexually. She claimed the general manager of flight operations had forcibly kissed her and insisted on sleeping in her room during a team-building weekend.

She won her first army contract in 2014 when she was awarded a tender to supply tea and coffee, worth about R1.5m, to the defence force. Later that year she was awarded a R24m contract to transport military equipment from SA to countries where the SANDF has deployed soldiers on missions.

In 2016 — about a month before she married Ndhlovu in August — she was awarded yet another contract, this one for R104m, to transport redundant military equipment from SA to Sudan. That contract was cancelled due to technical issues and Ntsondwa-Ndhlovu claimed R30m as a penalty fee.

In the same year, in lieu of the cancelled R104m contract, she received a subsequent transport contract for the DRC, valued at R79m. At the time her husband was on the military’s joint operations committee, which rubber-stamped all mission contracts.

A directive seen by the Sunday Times from the head of the military police, Provost Marshal General Mokgadi Maphoto, dated August 13 2018, says contracts with Umkhombe Marine were being investigated after an allegation that R30m had been paid to the company for services not rendered.

Maphoto states that during the investigation by the military police it was established that Umkhombe had been awarded the R79m tender to transport redundant and serviceable equipment to the DRC. The letter claims Ntsondwa-Ndhlovu failed to declare that she was Ndhlovu’s fiancée and says she submitted fraudulent papers as part of her bid. A document purporting to come from Sakhindima Consultants was forged, it says.

The letter gives details of the irregularities discovered with the four other companies invited to tender.

Maphoto also states that bank statements obtained in the course of the investigation showed R1.3m had been paid to Perfume de Lux, a company owned by Busisiwe Mgwebi, the wife of department of military veterans acting director-general Derrick Mgwebi. Mgwebi was SANDF chief of joint operations from 2011 to 2015, after which he was appointed force commander of the UN Organisation Stabilisation Mission in the DRC.

“This office is of the view that the mentioned companies not be considered or be afforded the opportunity to bid until the finalisation of the investigation,” Maphoto writes.

Despite this, less than three months later, Umkhombe was once again awarded a contract, for R105m, on November 5 last year.

On Thursday, some hours after the Sunday Times had sent questions to the Ndhlovu couple, they arrived at the Sunday Times offices accompanied by a lawyer and ministry of defence & military veterans

Ntsondwa-Ndhlovu confirmed that when she was awarded the R104m contract under investigation she had not declared that she was romantically involved with Ndhlovu.

“At the time I was still dating but not married. I was still married to my previous husband,” she said.

She confirmed that the R79m tender she was awarded after the R104m contract was cancelled had not been advertised.

Asked why she was awarded another tender without a competitive bidding process, Ntsondwa-Ndhlovu said: “It was more of a settlement between us and SANDF. I accepted it as I didn’t want a long legal battle.”

However, she said she had declared her marriage to the major general when she bid for the 2018 tender.

She said she and her husband were not aware of any investigation of them.

“We were never contacted, nor has any statement been taken from us,” she said.

Ntsondwa-Ndhlovu confirmed paying R1.3m to Mgwebi, claiming it was payment for shares in Perfume de Lux.

Asked for her share certificate, Ntsondwa-Ndhlovu said she didn’t have one as she still owed Mgwebi more than R600,000.

“I have really been struggling to pay this amount to her,” she said.

Mgwebi confirmed Ntsondwa-Ndhlovu’s claim that she was in the process of buying shares in Perfume de Lux.

She said she had been approached by Ntsondwa-Ndhlovu in 2017, since they both originate from the Eastern Cape.

“She told me that she was interested in investing in my business and I agreed,” said Mgwebi.

Asked if he had declared his relationship with Ntsondwa-Ndhlovu, Ndhlovu declined to comment and referred all questions to the department of defence.

Public service regulations prohibit government employees from doing business with the state and compel employees to disclose their financial interests and those of their families and spouses.

Government tender documents require bidders to state whether they have a relationship with a state employee.

Maphoto says in the directive that the case was referred to the specialised commercial crimes court on June 14 last year for further investigation.

The SANDF did not respond to detailed questions, including why no action had been taken more than a year after the complaint was forwarded to the commercial crimes court.

SANDF spokesperson Siphiwe Dlamini confirmed that Umkhombe Marine contracts are under investigation and said “it would therefore be inappropriate to comment at this stage”.