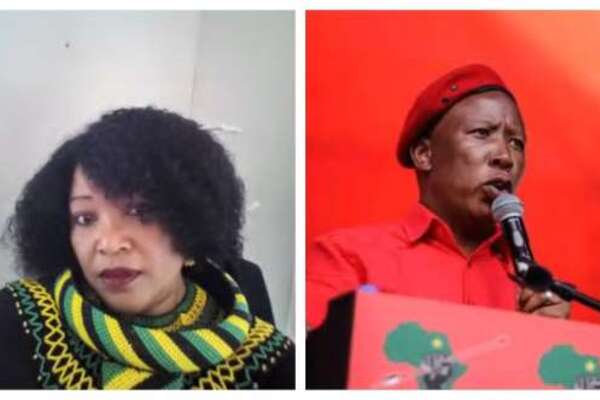 Zindzi Mandela has clapped back at critics on Twitter. This came after one user accused her of "flirting" with the EFF. Zindzi replied that she did not "flirt" with the Red Berets, but rather respected the party leader, Julius Malema.

I don't flirt with @EFFSouthAfrica I have deep, pure unconditional love and respect for @Julius_S_Malema and that won't stop. Mandela Legacy? Are you talking about both my parents who loved and respected CIC? https://t.co/iMTdUJCb5V

Zindzi had tweeted photos of herself dressed in the colours of the ANC, the party of her iconic father, Nelson Mandela. However, one Twitter user seemed to feel that Zindzi was getting too close to the EFF. The user, Kevin Jack, accused Zindzi of "undoing" her father's legacy by being friendly with Julius Malema. He urged her to use her time by giving back to charity or volunteering, Briefly.co.za has gathered. Zindzi, however, fired back, saying that she merely had respect for Malema. She also added that her father had respected Malema as well. Prior to forming the EFF, Malema had served as the president of the ANC Youth League. Nevertheless, this was not the end of the exchange. Kevin Jack commented once more, alleging that Julius Malema is not a fan of Nelson Mandela.

He appeared to be referring to the fact that Malema has publicly accused Mandela of being a "sellout". The EFF leader has alleged that Mandela won democratic freedoms for black South Africans, but not economic freedoms.