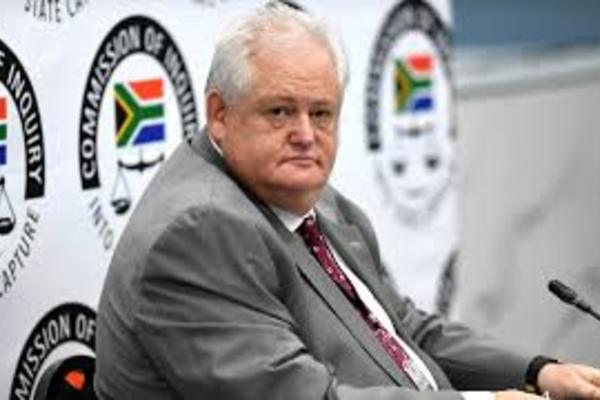 Johannesburg police say the men who robbed Angelo Agrizzi, the former operations chief of the services company that used to trade as Bosasa, made off with goods and cash worth around R378 000.

Agrizzi confirmed he was accosted by two gunmen wearing balaclavas on Thursday, after CCTV footage emerged showing a man who appeared to be the ex-African Global Operations employee, being robbed at a petrol station.

The footage, which carries a time stamp with the date 30-05-2019, shows a BMW pulling up to a fuel pump. Less than 60 seconds later, two men whose faces are covered run up to the motorist with firearms drawn. They open the door and can be seen pulling possessions out before running to a silver vehicle parked behind the luxury vehicle.


Agrizzi drives off only to return to the pump moments later. He is then seen getting out of the car for the first time.

They also took a wallet with an undisclosed amount of money and bank cards in it, Makhubele added.

He said officers were searching for four people in connection with the incident.

When contacted for comment by News24 on Thursday night, Agrizzi said the matter had been reported to police, and that he didn't want to say much more.

"The video is out there, I just don't want to talk about it," he said.

He added that he was "fine".

The Citizen reported that Agrizzi had thought he was being targeted to stop him from testifying further about state and corporate corruption at the commission of inquiry into state capture.

"The words uttered were 'stop talking'," the publication quoted him as saying.

Police did not comment on possible state capture testimony.

Earlier this year, Agrizzi shot to prominence when he gave evidence of state capture at the Zondo commission of inquiry.

He detailed at length how Bosasa, its chief executive Gavin Watson and other leaders, including himself, allegedly bribed senior ANC officials with the intention of scoring lucrative government contracts.