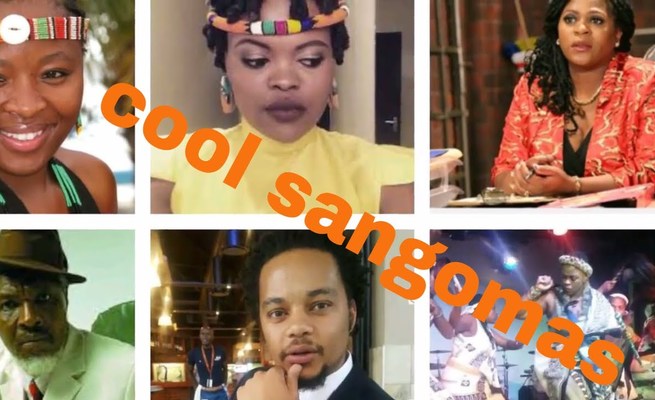 Boity Thulo caused a story recently when she confirmed that officially she had become a sangoma but the Club 808 presenter is not the only local celebrity who has become a traditional healer.

Many local stars have embraced the calling, and gone on to open traditional healing practises.

Others have trained, but opted not to practise, while some have left the path.

Here are a few celebrities who have accepted the calling:

The actress is a household name in South Africa, not just for her acting, but also for her work as a traditional healer. Letoya has been very open about embracing her calling, and runs her own practice.

Veteran actress, Nandi Nyembe, is also a sangoma is real life. She had her sangoma initiation when she was just 17 years old. She no longer practises, but helps her daughter, who is also a sangoma, with her healing duties.

The Soil’s Buhle Mda announced earlier this year that she will be taking a break from the group to heed her ancestral calling.

“It’s not something that I just woke up and decided to do, it’s been a constant thing that’s been on my mind and I would say now it’s long overdue. So I have to take on this journey in order for me to be a better and a new me,” she said during a radio interview with Mo Flava.

Buhle has finished her initiation and is set to return to the group in August.

Phelo Bala, the brother of Loyiso and Zwai Bala, accepted the calling in 2014.

The Bala Brothers’ group member spoke about his first experience with his calling during an interview on CliffCentral in 2015. “I had gone down to PE for a funeral and after the funeral… I started to lose my mind and say all sorts of things which I didn’t understand, and I can’t even recall. The next morning when I woke up parts of my body were not working and you know, I was still seeing things.”

But it seems Phelo will not be practicing traditional healing anytime soon. He admitted that he did not complete his training, after realising the path was not for him.

Former Backstage star, Baby Cele, comes from a family of sangomas. She told the City Press in 2004 that her late mother, Bikiwe Shozi, was a traditional healer, and her grandfather was an inyanga.

Baby Cele revealed that she underwent sangoma training for fear her family would be “wiped out” if she did not. “It was not my choice to be a sangoma, but I decided to accept it in May [2004] following the mysterious deaths of my younger brother Thembinkosi and my sister Zodwa. The family and I tried everything, including prayers, to resist my ancestors’ call, because we felt it was going to disturb my acting career,” she is quoted as saying.

Boity is the latest celebrity to undergo sangoma training. The TV personality has confirmed via Instagram that she recently became a trained sangoma.

She was reportedly pictured on the red carpet, wearing sangoma beads, and caused a stir after she was photographed wearing a sangoma outfit on Club 808.